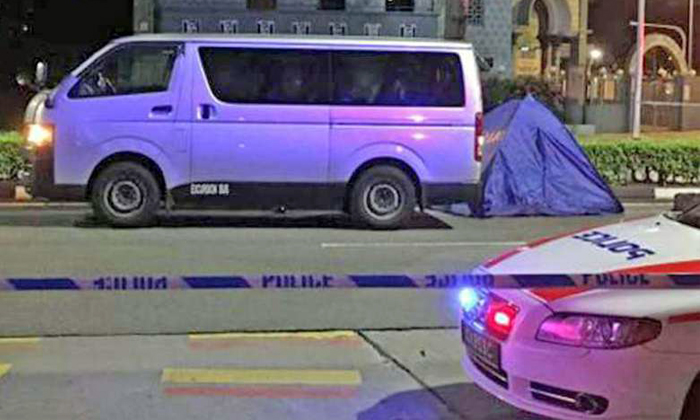 A 53-year-old woman was killed after a van ran into her at the junction of Jalan Sultan and Victoria Street on Wednesday night.

Police and the Singapore Civil Defence Force (SCDF) were alerted to the accident at about 11.50pm.

The pedestrian, who was pinned under the van, was declared dead at the scene. She was extricated using hydraulic rescue equipment, the SCDF said.

It is understood that the van was turning right from Jalan Sultan into Victoria Street when it knocked down the pedestrian.

The 69-year-old van driver was arrested for causing death by a rash act.

The SCDF sent two fire bikes, one fire engine, one Red Rhino, an ambulance and a support vehicle to the scene. Police investigations are ongoing.

Eight people were injured in a road accident at the same junction on Dec 11. A grey sedan travelling along Victoria Street had crashed into a black MPV travelling on Jalan Sultan, toppling a traffic light and injuring a pedestrian as well.