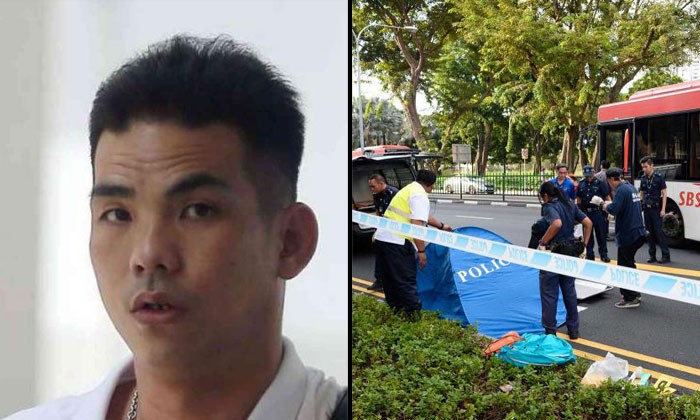 A former bus captain who caused the death of an elderly pedestrian on the first day of his official duties was jailed for six weeks and banned from driving for five years on Wednesday (Dec 7).

Malaysian Wong Kum Fatt, 36, was behind the wheel of an SBS Transit bus when he struck Mr Wee Joon Kin, 78, while making a left turn at the signalised T-junction of Lorong 6 Toa Payoh and Toa Payoh bus interchange.

He had failed to keep a proper lookout while making the turn from the interchange towards Lorong 6 at 6.24am on July 7 this year.

He did not notice Mr Wee who was crossing the T-junction, resulting in the front part of the bus hitting him, causing his death.

Deputy Public Prosecutor Andre Chong said Wong was making his second trip on feeder service 235 that morning at about 6.20am when he stopped at the signalised T-junction of Lorong 6 as the traffic light was red.

When the light turned green, he made a left turn onto Lorong 6 after taking a cursory glance to his left. He did not see Mr Wee, who had started crossing the road on a green man signal. The front part of the bus struck Mr Wee, who fell to the ground and was run over.

Wong felt the front left tyre of the bus run over something, and stopped the vehicle. He alighted and saw Mr Wee lying motionless near the centre undercarriage on the left side of the vehicle. Mr Wee was pronounced dead at the scene at 6.50am.

He said the father of three had sleepless nights and recurring nightmares of the incident, and urged the court to consider that he has to bear the life-long guilt.

He added that Wong has expressed regret and sorrow to the victim's family. The maximum punishment is two years' jail and a fine.