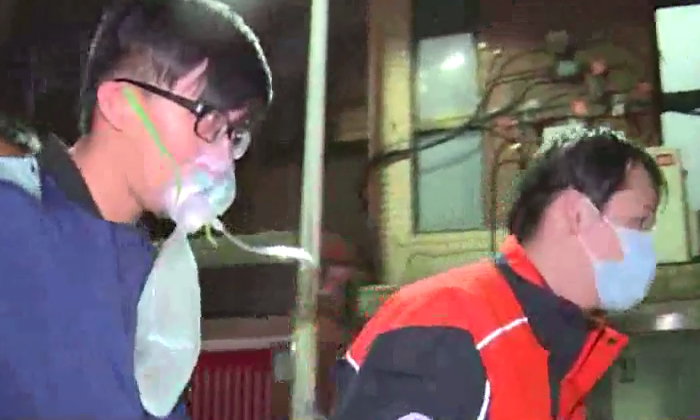 Four Singaporean tourists have been taken to hospital in Taipei after coming down with carbon monoxide poisoning, media reports said on Sunday (Feb 12).

The incident reportedly happened at about 1am on Sunday after the tourists, all men in their 20s, showered in the apartment with the windows shut due to the cold, the reports said.

The source of the gas is believed to be a water heater installed in the apartment, which is near the Sun Yat-sen Memorial Hall an belongs to a friend of the Singaporeans.

Firefighters who arrived at the fifth-storey apartment in the early hours of Sunday after receiving an emergency call found the men in the apartment, wit the windows already opened.

The concentration of carbon monoxide, which is colourless and odourless, in the apartment was about 40 ppm, slightly higher than the level harmful to health, or 35 ppm.

The men were taken outside the apartment and given oxygen treatment. Besides dizziness, they did not complain of other discomfort.

They were taken to hospital for tests to ascertain the carbon monoxide content in their blood.

A person should not be exposed to average carbon monoxide levels of 52ppm for more than 30 minutes, according to World Health Organisation guidelines.

In a similar incident on Sunday, five Hong Kong tourists were taken to hospital in Taipei after falling ill with carbon monoxide poisoning, Taiwanese media said.

Carbon monoxide poisoning as a result of improper installation of gas-powered water heaters is frequently reported in Taiwan, especially during the winter months between December and March.

Last March, a 46-year-old woman and her 19-year-old daughter in the central city of Taichung were hospitalised with carbon monoxide poisoning after sleeping with the windows closed. They were believed to have inhaled gas leaked from a water heater installed by the balcony.

In 2014, a woman and her niece were found dead in their rented apartment in New Taipei City. Their landlady was sentenced to five-month jail for negligence in putting the water heater on a balcony with poor ventilation.

In 2006, four co-tenants of an apartment in the western county of Changhua died of carbon monoxide poisoning, with one of them still in the shower. The heater located inside the apartment was believed to have leaked the toxic gas.

Taiwanese authorites and experts have advised residents to ensure that gas-powered heaters are equipped with efficient exhaust pipes, or switched to electric heaters.