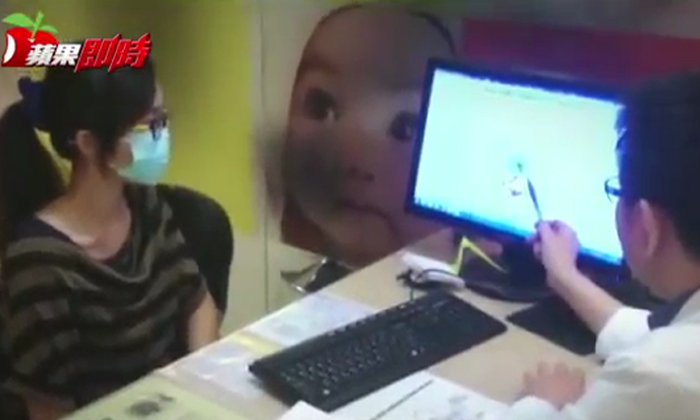 A woman in Taiwan recently coughed up 'menstrual blood' while she was on her period.

The 28-year-old engineer had been suffering from chest pain for about a year and started to cough up blood-streaked phlegm, Apple Daily Taiwan reported.

Worried that she might be suffering from a heart problem or tuberculosis, the woman sought medical advice but several tests revealed no abnormalities with her heart or lungs.

Her condition worsened and she coughed up blood clots over the few days when she was menstruating.

The woman was taken to the Hsin-chu branch of National Taiwan University Hospital (NTUH) where she was diagnosed with endometriosis. It is a painful disorder in which tissue from a woman's uterine lining (endometrium) grows outside of the organ. This lining is normally shed monthly as menstrual blood when pregnancy has not taken place.

Doctors believe that retrograde menstrual flow, a condition in which blood backflows into the pelvis during menstruation, may be the cause of endometriosis. The hormone oestrogen also encourages endometrial tissue to grow and shed.

A common gynaecological disease, endometriosis affects women during their reproductive years and causes infertility in about 30 per cent of sufferers, according to KK Women's and Children's Hospital.

NTUH's head of gynaecology Dr Lin, who treated the woman, said that endometrial tissue may have travelled to her lungs and implanted itself there. She coughed up blood clots after the tissue began to shed.

According to the Singhealth Duke-NUS Head and Neck Centre, endometriosis is one of the conditions that may lead to bleeding from abnormal tissue deposits in organs such as the lungs. This may cause the patient to cough up blood (hemoptysis).

At NTUH, the young woman was treated using birth control pills and hormone injections to temporarily stop her ovulation and menstruation.

Although this is a rare condition, there have been several reports of women with endometriosis coughing up blood during menstruation in medical journals.