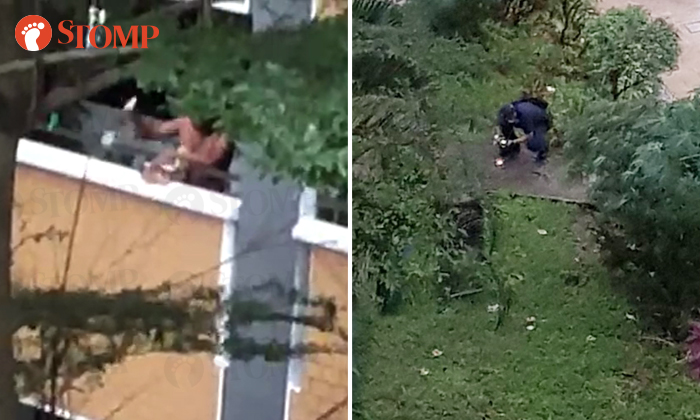 A 20-year-old man was arrested after being seen throwing 'powder bombs' down a Housing Board (HDB) block in Bukit Panjang on Friday (May 22).

Stomper Anon, a resident in the vicinity, witnessed the man in the act on the fifth floor of Block 609 Bukit Panjang Ring Road at around 5.35pm.

In a video submitted by Anon, the man can be seen with a bowl of white substance along the corridor. He appears to be scooping from the bowl and throwing white items down the block.

"Every object he threw created a loud boom, which was why we managed to capture on video. If he had thrown everything at one go, we might not have been able to do so."

Anon said that his daughter called the police, who were then spotted taking photos and "collecting evidence" at the scene. 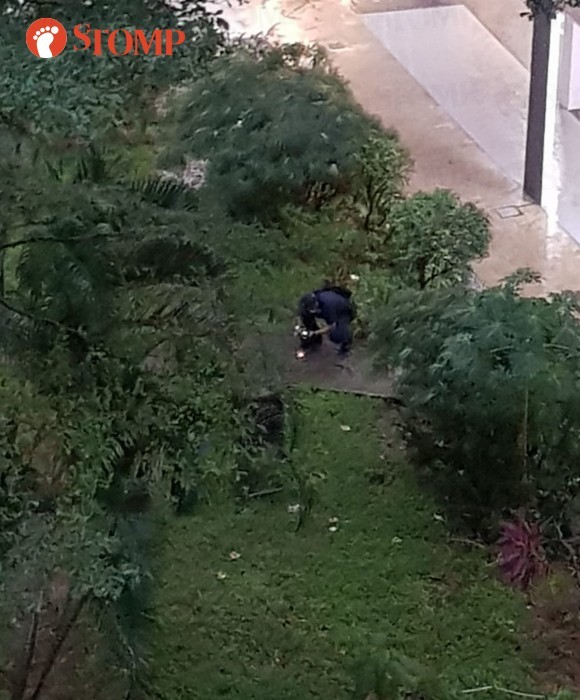 White objects can also be seen strewn around at the foot of the block.

In response to a Stomp query, the police said they were alerted to a case where a man was "throwing down items resembling 'boom' bags from the fifth floor" of the block at 5.56pm.

"The 20-year-old man was arrested for the offence of rash conduct with respect to dangerous substance," they added.