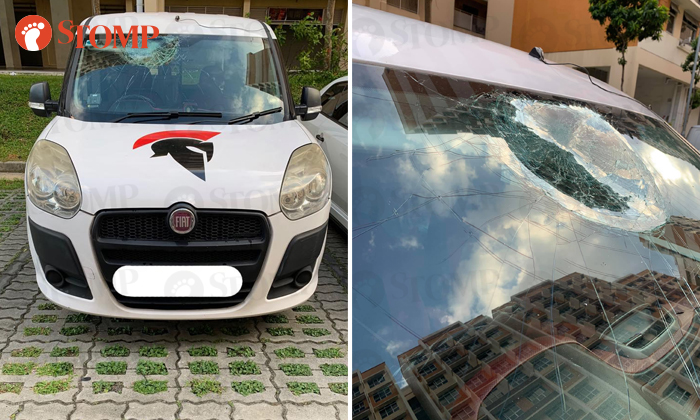 Stomper Q found her company van with its windscreen smashed at a carpark at Block 174C Hougang Avenue 1 on Sunday (Mar 29).

According to Q, the incident occurred sometime between 4.50pm to 5.50pm and she is appealing for witnesses to come forward with more information.

She suspects that the damage was caused by "water bombs" thrown from height, based on the kind of rubbish strewn around the vehicle. 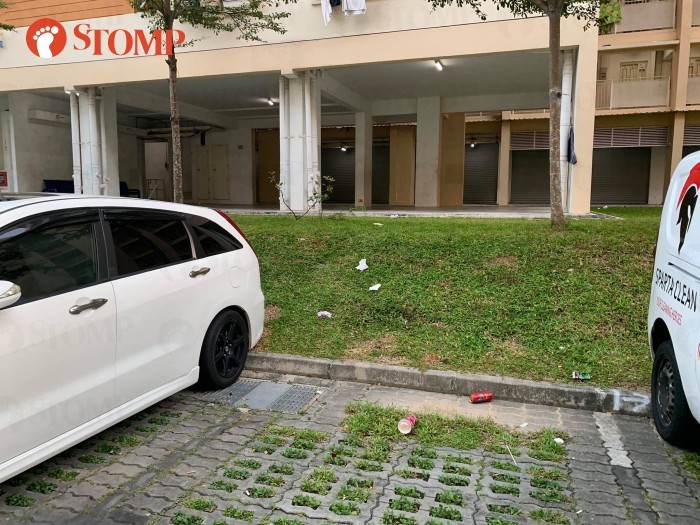 Q recounted: "The van was parked at the carpark at around 4.50pm by one my staff. My brother collected the key from him and the van was okay.

"I went down at around 5.50pm, only to notice that the van's front windscreen was damaged.

"What we saw around the van was just rubbish and two plastic bags that looked like they contained water. We suspected that it could have been water bombs thrown from above.

"I called the police and gave my statement.

"As nothing was found on the van and there were no witnesses, the case could only be classified as mischief to vehicle.

"It's a company van so this has resulted in a disruption to our business. The damage is real.

"We heard that we are not the first case. We have been staying here for long and the place always has a lot of killer litter. It's very inconsiderate. Look at all the rubbish!"

Besides appealing for witnesses, the Stomper is also asking residents to "play their part" and not throw anything out of their windows.

Q, who suggested that CCTV cameras be installed at the carpark, added: "My mum even had a close encounter with a freaking umbrella thrown from above.

"You guys, please lah, be good neighbours can?!

"What if there had been someone inside the van? With no witnesses, the culprit can always do it again and get away scot-free."

Responding to a Stomp query, the police confirm a report was lodged.