Man denies having 'CB party' after video shows gathering with friends, shares his side of the story 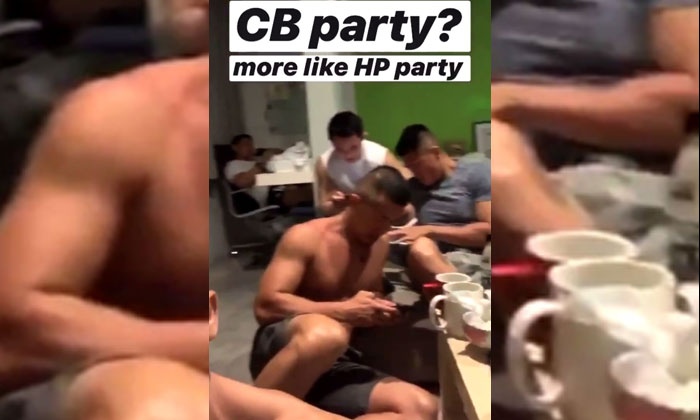 The man who posted the video of himself hanging out with friends in an apartment has come forward with his side of the story.

He shared with Stomp that the video with the caption "CB party? More like HP party" was an old video and not taken during the ciruit breaker period.

"It was actually a throwback that I posted with a cheeky caption but some active people took it for real and sent it to you," he told Stomp.

He said he had "proof" and shared a screenshot of an Instagram Stories video he posted on May 14 of his hair shorn off.

"The video clip you posted is of me with long hair," he said.

He also shared a screenshot of the original video with the timestamp stating it was recorded on June 23, 2019.

A group of men were seen on video having a "private party" amidst the spread of Covid-19.

Stomper Tkbe shared with Stomp a video taken from one of the party attendee's Instagram Stories.

It is unclear where this happened but according to the Stomper, it was posted on Tuesday (May 26) at 9pm, during the current circuit breaker period.

The group of eight men are gathered in an apartment unit.

Stomp earlier reported on another video posted on Instagram Stories of youths who had gathered with bottles of champagne.

The video even included an "open invitation" to a secret "massive" party.

Youths were also caught on video congregating and smoking at an HDB staircase.