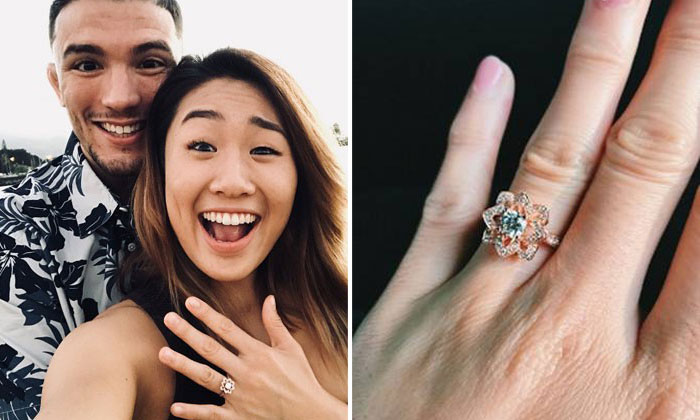 The 21-year-old One Championship women’s atomweight champion announced her engagement to Brazillian fighter Bruno Pucci on Instagram yesterday (Oct 22). The couple had been on vacation at Haleiwa Beach Park in Hawaii.

Since the big announcement, Lee posted several photos of her and her 27-year-old fiance, garnering thousands of likes and comments.

Lee showed just how excited she was at being proposed to in one of her photos with this caption:

"Bruno Pucci, thank you for completing my fairytale.

"I can't wait to (officially) be yours forever!"

The couple has been in a relationship since January.

Lee, who has a perfect 8-0 win-loss career record, will be facing Japan's Mei Yamaguchi at the Singapore Indoor Stadium on Nov 24.