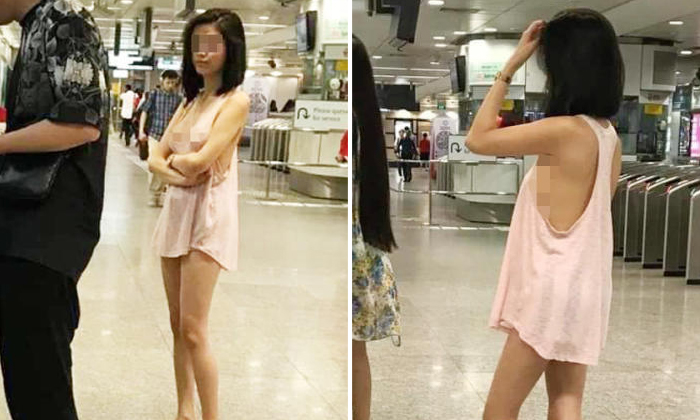 The woman in the photos has responded to criticism.

A woman seen queuing for an automated teller machine (ATM) at Somerset MRT station has set tongues wagging due to her choice of outfit.

According to Lianhe Wanbao, three photos of the woman went viral after being uploaded onto social media on Saturday (Feb 9), though it is unclear when exactly they were taken.

The woman was clad in a thin pink-coloured tank top and a pair of sandals. It is not known whether she was wearing shorts.

She did not seem aware that she was drawing stares from disapproving passers-by, reported Wanbao.

According to Wanbao, the woman's tank top had a low neckline that put her in danger of a wardrobe malfunction, especially since she was not wearing a bra.

Netizens were quick to criticise the woman and her dressing.

A user known as Ms Chen said: "This is not fashionable (潮流), this is obscene (下流)."

What do you think of the woman's attire? View more photos in the gallery and share your thoughts in the comments below.