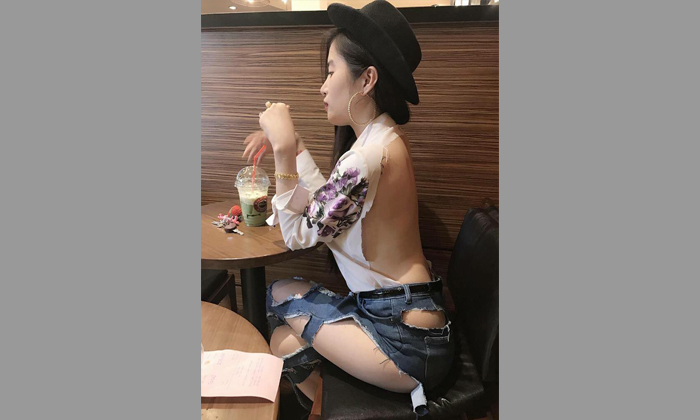 You can call ripped jeans and frayed clothes 'fashion', but this woman's attire really takes the cake.

A photo that has gone viral online shows her clad in a white long-sleeved top that has her entire back exposed, while her ripped jeans leave little to the imagination as well.

It is unclear when or where the picture was taken, but it appears to have been originally posted on Imgur and shared on Reddit. It has also been making its rounds on forums and aggregator websites.

Twitter user @xelalexG_ from Singapore had also posted the image online, and when contacted by Stomp, said that a friend had sent it to him through Telegram.

He said in his tweet: "HER HOUSE GOT TERMITES AH WHY NOBODY TELL HER?"

He is not the only one to make a joke out of the woman's dressing, as seen in a Reddit thread that described it as "Ripped jeans level 9000!"

One user commented, "Sorry I am 20 minutes late for work, I had to figure out how to get my clothes on" to which another responded, "But there are no clothes???"

Others also joked about how costly clothes like these probably are and how people would be more than willing to pay for them in the name of 'style'.

Check out all the funny comments in the gallery above.