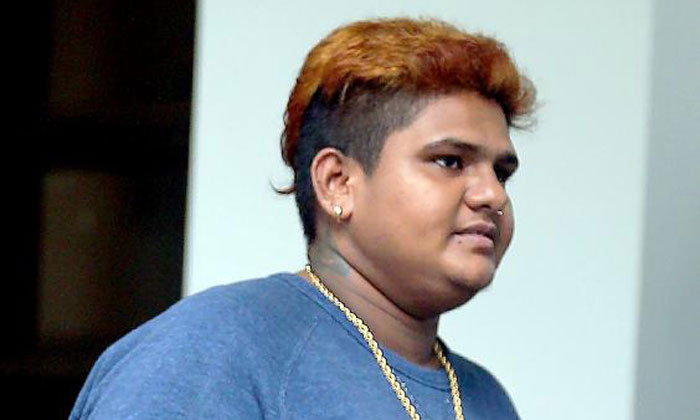 A woman shoved a policeman in the chest and pinned him against a wall in a chokehold while he was trying to question her and several others at Orchard Towers shopping centre.

Station Inspector Gerald Chan Wee Ming, 42, managed to break free from Resshmi B. Rasmi and she became violent when his colleagues tried to arrest her.

The Singaporean woman struggled and swung her arms around, smacking the left hand of another policeman, 21-year-old Sergeant Chng Yong En.

She was arrested after more police officers arrived at the scene.

Resshmi, 21, pleaded guilty to one count of assaulting Station Insp Chan and was jailed for three months on Wednesday (June 26).

One count of using criminal force on Sgt Chng was considered during sentencing.

Deputy Public Prosecutor Tan Zhi Hao said that at around 10am on Oct 27 last year, police received a call about a commotion in front of a club in the Orchard Road shopping mall.

Station Inso Chan and Sgt Chng arrived at the scene and saw a scuffle involving a group of least six people, including Resshmi.

The policemen managed to defuse the situation and were trying to find out more about it when a man from the group suddenly ran into a nearby toilet.

The other people, including Resshmi, followed him inside, and the officers called for backup, as they did not want to lose control of the situation.

DPP Tan said the group became increasingly rowdy and the two officers blocked the door of the toilet to stop them from leaving.

When the officers attempted again to establish the facts of the incident, "the group refused to comply and tried to push their way out of the toilet", said the DPP.

Resshmi, who was inside the toilet, then charged towards Station Insp Chan and assaulted him. The officer had a bruise and a scratch mark on his chest and was given two days of medical leave.

On Wednesday, DPP Tan told District Judge Luke Tan that Resshmi's actions "could potentially have caused the incident to escalate".

Offenders convicted of assaulting a policeman can be jailed for up to seven years and fined or caned. Resshmi cannot be caned as she is a woman.

Related Stories
Drug abuser assaulted and threatened man who engaged his fiancee for sex but failed to pay $150
Man who kicked autistic boy in the stomach for 'playing roughly' near his son gets jailed 1 week
Student who beat up teen clubber, threatened to burn her face and hair for 'flirting' gets probation
More About:
assault
attack
police
jail
courtroom