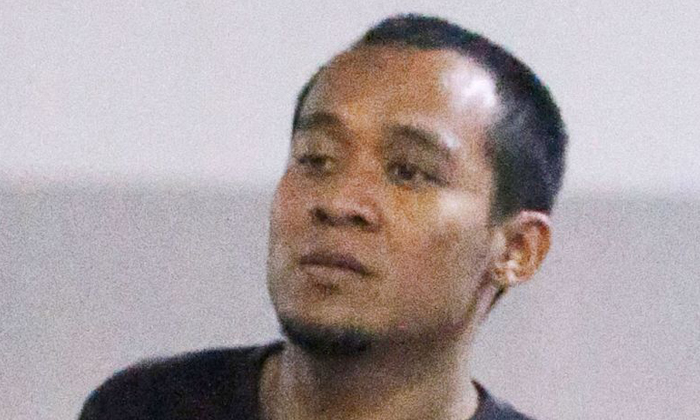 A drug abuser assaulted a man who had engaged his fiancee for sexual services but failed to pay her $150 as promised.

Muhammad Sofian Samsuddin also threatened to stab the 21-year-old man with a knife before following him to a nearby automated teller machine to withdraw more cash.

Sofian, 25, was sentenced on Monday (June 10) to three years and 16 weeks' jail after pleading guilty to two counts each of theft and drug-related offences. He also admitted to assault and criminal intimidation.

District Judge Marvin Bay said: "This court takes a very dim view of your actions which can only be described as thuggish."

The victim got to know Sofian's 27-year-old fiancee in early April last year via online dating application Tagged and the pair began messaging each other on Whatsapp and Telegram.

The woman later agreed to meet the man if he paid her $150 for sexual services.

At around 1am sometime later that month, they met at the void deck of a Bukit Batok block of flats where they started hugging and kissing but did not have sexual intercourse.

When the man refused to pay, Sofian's fiancee walked away and blocked him on Whatsapp. But he messaged her on Telegram on June 21 last year and asked to meet again.

She told him that they could meet for sex if he paid her $150. However, the woman decided to use this opportunity to confront him for not paying her in April that year.

Sofian, who was then with his fiancee, saw the messages and became angry when he realised that she was meeting the man to provide sexual services.

The couple quarrelled and the woman told Sofian the next day that she wanted to confront the man, as he "owed her money". She met the man at a Boon Lay Drive playground at around 4.20am on June 22 last year and asked him to pay her $150.

Deputy Public Prosecutor Lim Woon Yee said: "In response, the victim said he only had $50 with him and suggested the pair should simply kiss and hug like the last time. The (woman) seemingly agreed to this and accepted the money from the victim. At the same time, she discreetly sent a text message to the accused, instructing him to come to the playground to assault the victim."

Sofian arrived soon after and the couple started punching the man's face before asking him to hand over the remaining $100. Sofian also threatened to stab him.

The man told his attackers that he had to withdraw the cash from an ATM and Sofian's fiancee then asked him for his wallet which contained items including $10 cash as well as a bank card.

The couple were escorting the man to an ATM at Boon Lay Community Club when he managed to run away. He lodged a police report at around 9.30pm that day and officers arrested the woman on June 28 last year. They arrested Sofian the next day.

The woman was sentenced to 16 weeks' jail earlier.

The court on Monday heard that, while out on bail, Sofian consumed methamphetamine and stole a pair of Nike shoes from outside a flat in Teck Whye Lane.

Sofian is now out on bail of $20,000 and was ordered to surrender himself at the State Courts on July 1 to begin serving his sentence.

For assault, he could have been jailed for up to two years and fined up to $5,000.

He could have been jailed for up to three years and fined for each count of theft.