Woman who refused to wear mask at MBS turns up outside court maskless, smiles at camera 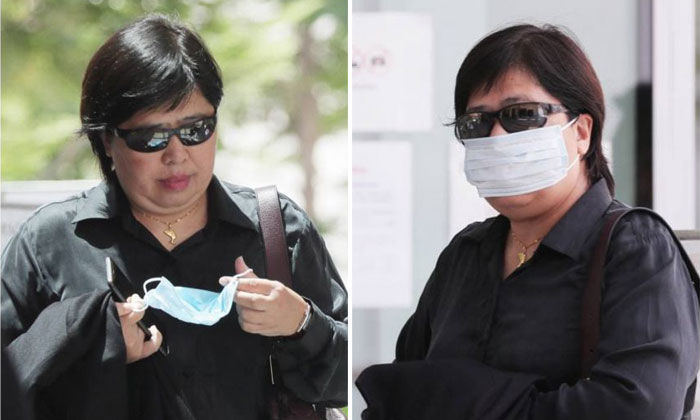 The woman seen in a viral video clip refusing to don a mask while at Marina Bay Sands (MBS) on May 15 approached the State Courts building on Monday afternoon (May 24) without wearing a mask.

Phoon Chiu Yoke, 53, who had sunglasses on, put on a mask only when she was near the entrance.

She arrived at the court alone around 1.15pm for a hearing on a charge for an alleged offence last year under the Covid-19 (Temporary Measures) Act.

She is contesting a criminal charge for failing to wear a mask over her nose and mouth "at all times" at Newton Hawker Centre between 7.20pm and 8pm on May 8, 2020.

Phoon is accused of committing the offence during the circuit breaker period, which was imposed between April 7 and June 1 last year to curb the spread of Covid-19.

On Monday afternoon, the prosecution applied for an adjournment of the trial, pending further investigations.

Phoon had attempted to remove her mask before addressing the court, but District Judge A. Sangeetha ordered her to keep her mask on throughout the proceedings.

Phoon questioned why the prosecution had wanted to adjourn the matter and who would pay for any administrative costs that would be incurred.

However, she later did not object to the prosecution's request, saying she would oblige in good faith.

When prosecutor Imran Hamid suggested that she provide her contact details so the prosecution could contact and update her accordingly, Phoon declined to reveal her phone number because it was "not public information". She said the details could be sent to her residential address.

The case has been adjourned for a status pre-trial conference on June 23.

Phoon made the headlines earlier this month after a video showed her arguing with a safe distancing ambassador (SDA) at MBS.

In the clip, an SDA can be seen trying to convince Phoon to put on a mask. Phoon then asks the SDA whether she has a "badge".

She is heard saying: "If you have no badge, why are you asking me to do something? Who are you representing?"

When the SDA replies that she represents MBS, Phoon says: "That's what you say. I can say that I'm a police (officer)."

At the end of the clip, Phoon can be seen clutching a mask which she slides into her pocket. 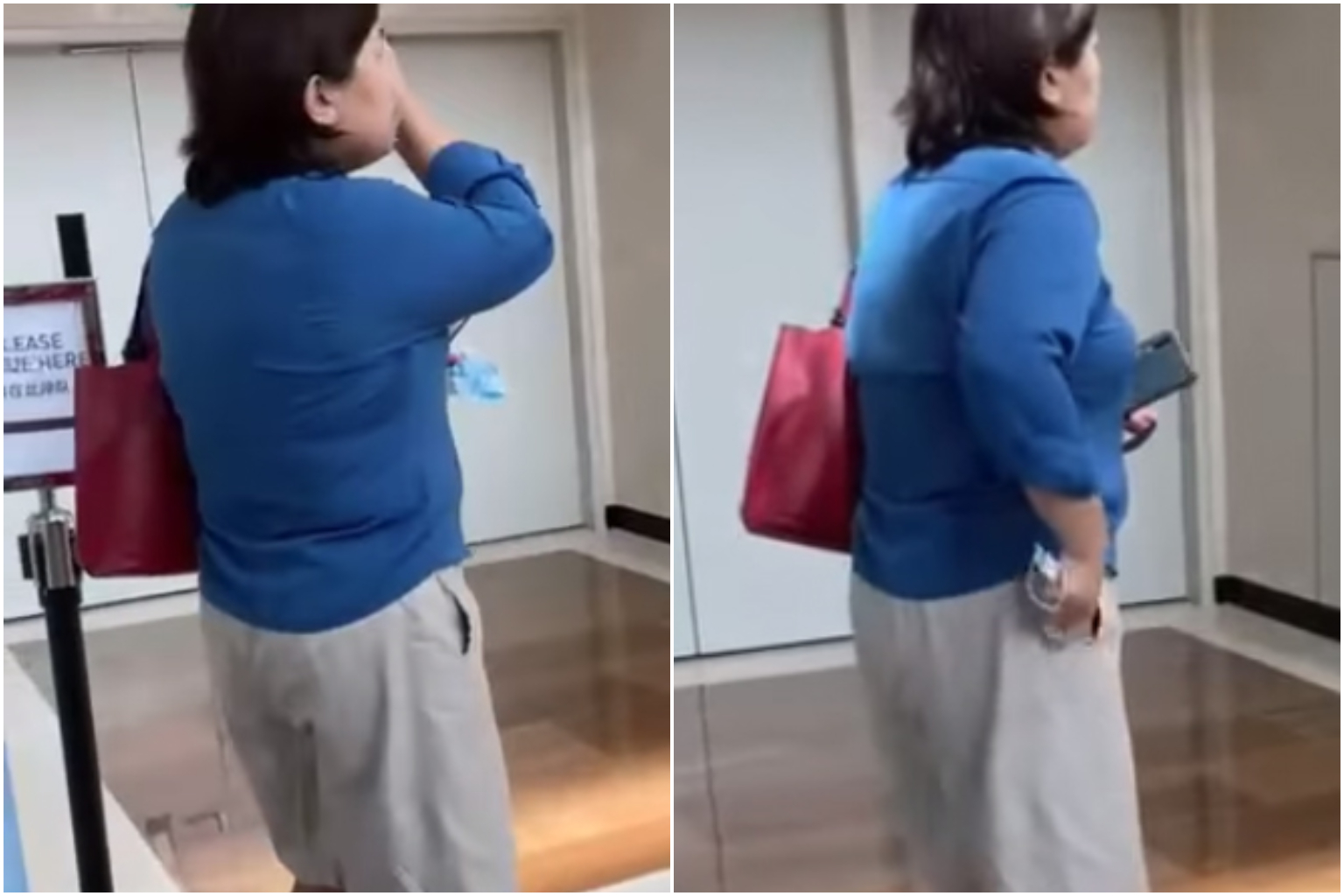 At the end of the clip, Phoon can be seen clutching a mask which she slides into her pocket. PHOTOS: SCREENGRABS FROM FACEBOOK

In an earlier statement, the police said they received a call about the incident at around 5.15pm on May 15.

Phoon is believed to be involved in other similar instances where she was seen in various buildings and establishments without a mask on.

There are at least two other videos circulating which show her in public places without a mask on.

There are at least two other videos circulating, showing the woman in public places without a mask on. One of the videos was supposedly taken at VivoCity (left), while the other was at Clarke Quay Central.  PHOTOS: SCREENGRABS FROM FACEBOOK

One of the videos was supposedly taken at VivoCity in February this year, and the other at Clarke Quay Central in December last year.

After leaving the court at about 3pm on Monday, Phoon was seen removing her mask while holding a water bottle. She did not drink from it. 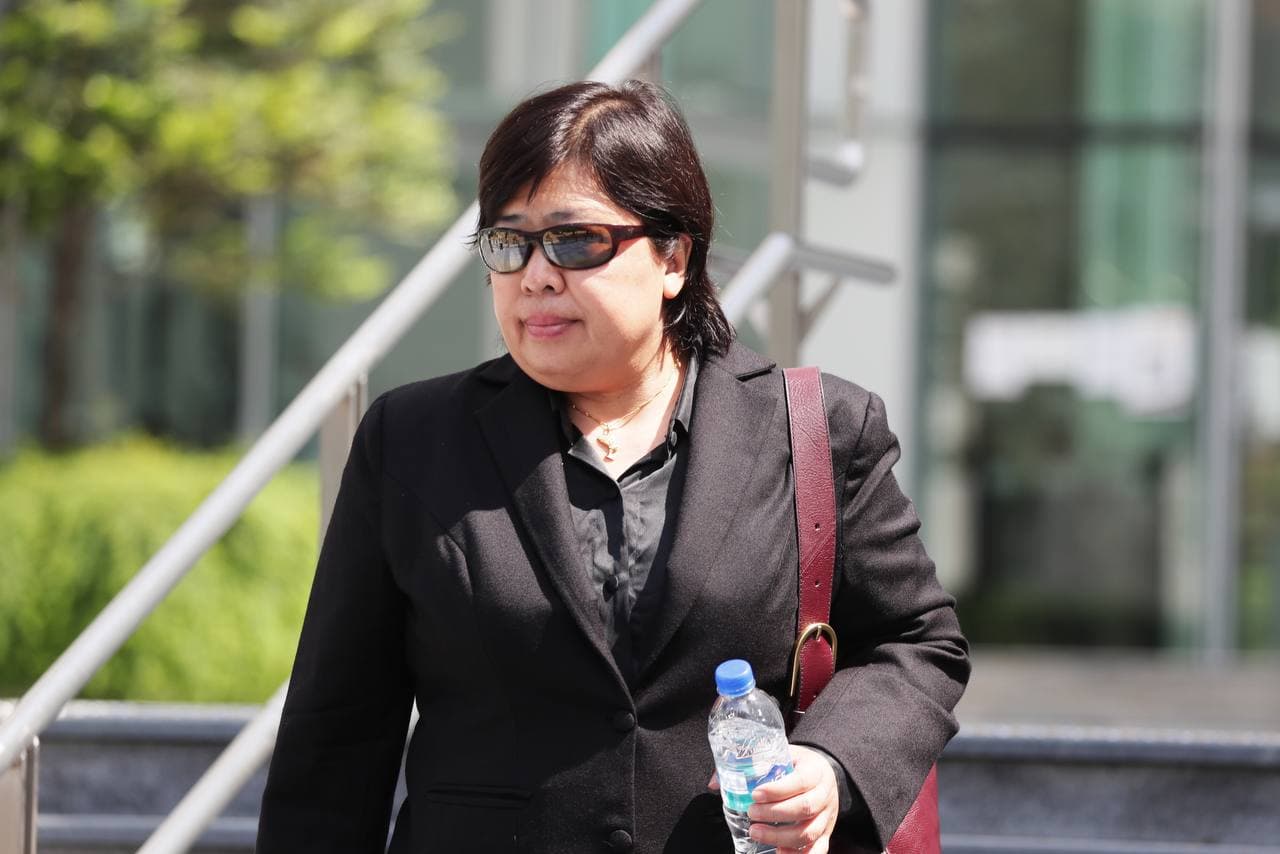 After leaving the court, Phoon was seen removing her mask while holding a water bottle. She did not drink from it. ST PHOTO: KELVIN CHNG

Related Stories
Woman seen in video not wearing mask at MBS has pending charge over similar offence
Woman who refused to wear mask at MBS being investigated: 'If you have no badge, why ask me to do something?'
More About:
Covid-19
court