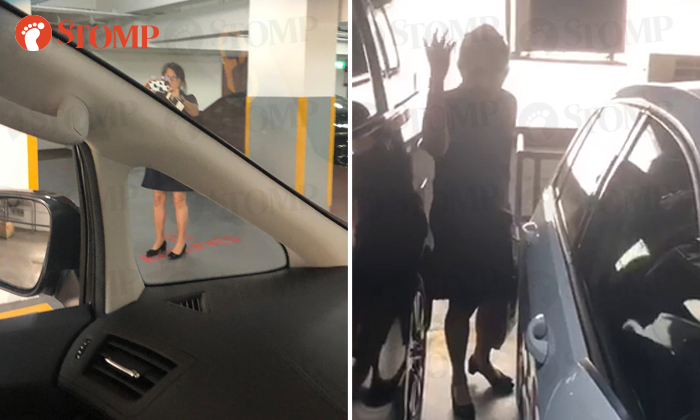 Two drivers got into a heated argument over parking space at the multi-storey carpark of Liat Towers on Wednesday (June 15).

Stomper Ng said his dispute with the female driver occurred on Level 2 of the carpark at 9.55am.

He said the incident started with the woman accusing him of parking out of his lot. Ng denied doing so and shared a photo showing how his car was parked. 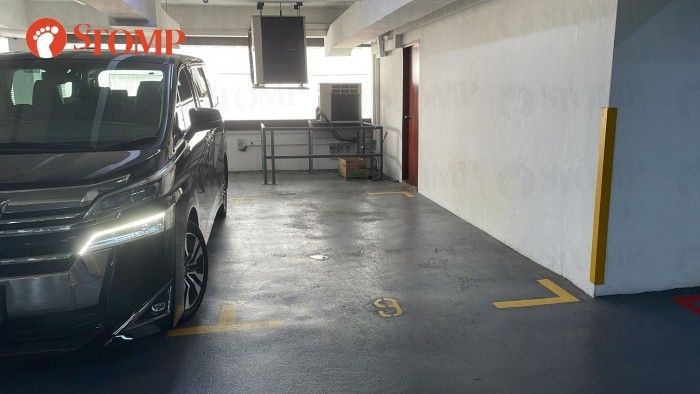 Ng added: "I had parked within my space as you can see from the photo and video. My car was parked within the given yellow borders.

"The woman claimed that she was not able to park her car in the lot beside me and wanted me to shift my car, but I ignored her. She then used vulgarities and pointed her middle finger at me.

"As you can see from the video, she could park in the parking lot and came out of her car to hurl vulgarities at me. She then drove off to park somewhere else after I told her I would be making a police report."

A video taken by Ng shows him confronting the female driver for 'scolding' him and flashing her middle finger, which she does not deny.

She also insisted that she had signalled to Ng, before adding, "You're an ***hole, aren't you?"

Ng told Stomp: "This woman chose to park beside my big car, then showed a lousy attitude and used vulgar words to humiliate me.

"She is a driver and therefore should know whether she's capable of parking her car within a given space when a big car had already parked before she arrived.

"Things could have been solved in a more educated way and the woman could have spoken properly.

"From my perspective, I have not offended this attitude lady at all and I deserve respect from her."