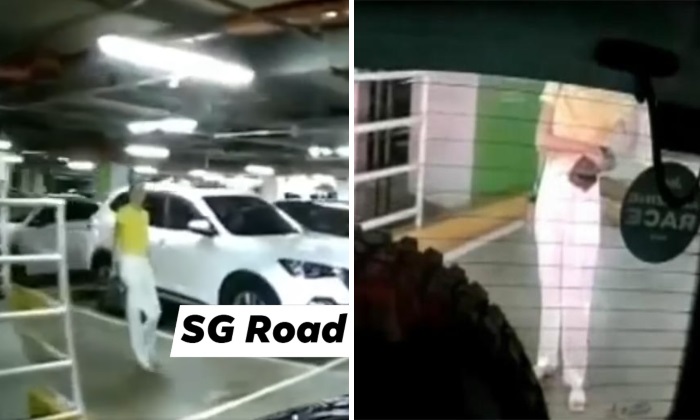 A woman was so determined to “reserve” a parking spot that she put her body in the way of a reversing car.

When the car made it clear that it wasn’t giving in, inching into the space despite the woman’s presence, she still did not budge, and knocked on the back of the vehicle repeatedly.

Eventually, she realised she was in a no-win battle and walked away.

A video shared by SG Road Vigilante (SGRV) Facebook showed the woman standing in a parking spot at Marina Bay Sands on May 15 to reserve the space.

A driver spotted the empty lot and began reversing into it.

According to the post by SGRV, after the driver took the space, the woman threatened to report him to the police.

It is believed that she was trying to "chope" the space for her husband's car.

Most commenters, of course, were not on the woman's side.

Some called her out for being entitled while others said she was endangering her life even though the driver was not entirely right in this case.