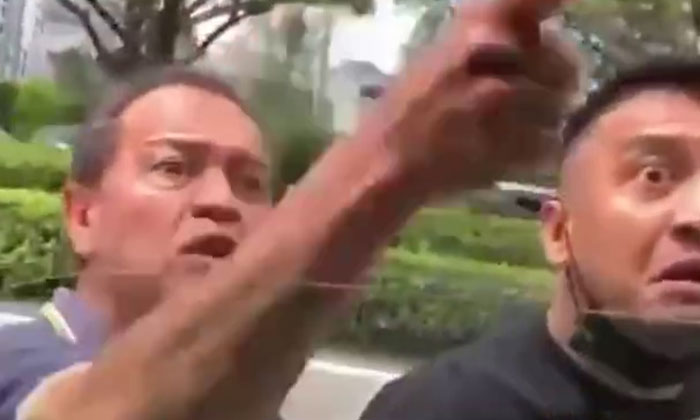 A van driver and a lorry driver were involved in a dispute along the Central Expressway (CTE) on Sunday (May 1).

A video shared on SG Road Vigilante's YouTube channel showed the van driver and his companion shouting and hurling vulgarities at the lorry driver.

According to the video's caption, the van driver jammed on his brakes to avoid the lorry that was changing lanes.

He tries to defuse the situation by saying, "Abang, sorry" to no avail.

The van driver and his passenger continue to shout at him and tell him there are children in the van.

They tell him to park at the side so that they can call the police.

The van driver is also heard shouting in the video: "Sorry very easy like that?

He also claimed to be injured and told the other driver: "I can claim you.