Woman pleads guilty to slapping and kicking maid, at times in front of young son 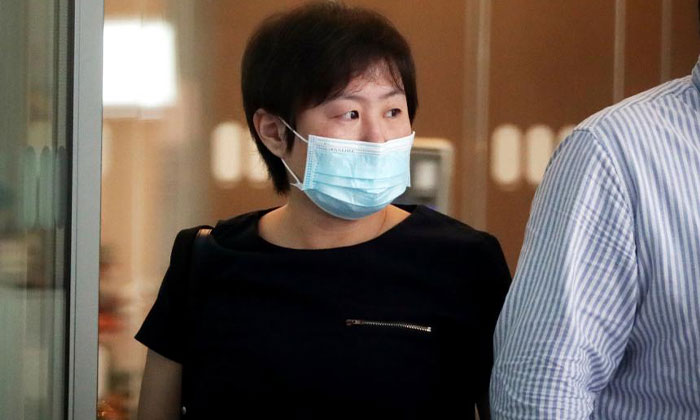 For more than a year, a woman slapped and kicked her Myanmar maid when she was displeased with her work.

Some of the violent acts took place in front of Zhao's son, who was just four years old at the time.

The accused, who worked as a nurse at the time of her offences, on Monday (April 4) pleaded guilty to four counts of voluntarily causing hurt and one of mischief.

Another four similar charges will be taken into consideration for her sentencing on May 9.

The court heard that the victim, 29-year-old Ma Ei, came to Singapore from Myanmar in early 2016 and began working for Zhao, who was her first employer.

Waking up at 6.30am and going to bed at midnight, Ms Ma Ei's responsibilities included doing household chores and taking care of Zhao's son.

The abuse started in mid-2017, with Zhao occasionally hitting the maid's body when she was not happy with the victim's work or attitude.

Early on Aug 25, 2018, Zhao told Ms Ma Ei that her son's toys had not been properly put away and proceeded to slapped her cheeks 10 times with such force that the maid staggered backwards after each slap.

Zhao also threatened the victim, saying: "I will do it until you are really, really scared."

Later that day, at around 4.30pm, Zhao repeatedly slapped the victim again and shouted at her as she cleaned the living room.

Zhao said, among other things: "If you do wrong things, I will straightaway two slaps for you! You better go and think! Think first! Think first and do!"

When the maid replied, Zhao got furious and hit her on her face and arm, and kicked her leg.

Zhao's son, who was watching the assault, asked his mother: "Why did you hit sister?" To which she replied: "Sister did wrong, sister hit mum."

No longer able to stay silent about the abuse, Ms Ma Ei called the police at 5.15pm that day.

When the call ended, Zhao hit her again.

When the police arrived a while later, they asked to view closed-circuit television footage in the home but Zhao refused. Her husband, who arrived at the scene later, assisted the police with their request.

Ms Ma Ei was sent to hospital, where she was found with a forehead contusion and multiple abrasions.

Zhao also admitted in court to throwing her maid's mobile phone on the floor some time in mid-2018, damaging the device. For this act of mischief, she can be jailed for up to a year and fined.

The maximum punishment for each count of voluntarily causing hurt is a two-year jail term and a $5,000 fine. If the offence is committed against a domestic worker, the employer may receive 1½ times the highest penalty.