Woman assaulted maid over work performance, made her do squats for looking 'sleepy' 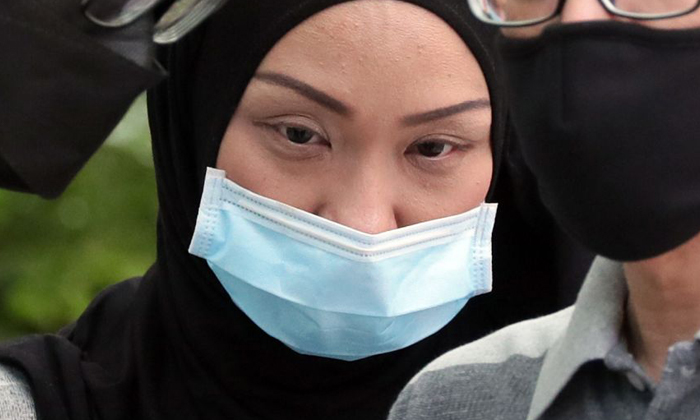 The mother of three girls was on Thursday (Aug 26) sentenced to nine weeks' jail after she pleaded guilty to assaulting Ms Neni.

Before sentencing her, District Judge Marvin Bay said: "It is a fact that domestic helpers are a vulnerable class of persons who stay with and are thus, utterly dependent on their employers during their term of employment."

Her duties included cooking and looking after the children, who were between two and 15 years old at the time.

Nurhuda later felt that Ms Neni was a slow worker and berated the maid over her performance.

She abused the younger woman again on June 12 by pushing an ironing board at her. It landed on the maid's right foot and while Ms Neni was crying in pain, Nurhuda punched her left arm and left eye.

After that, she told Ms Neni to go to a bathroom to wash up and the maid complied.

The day after the incident, Nurhuda and her family went overseas for a holiday, the court heard. Ms Neni then alerted the police on June 15.

She later went to Changi General Hospital where she was found with injuries including tenderness to her right foot.

Nurhuda has since paid more than $4,000 in compensation to Ms Neni.

The Singaporean's bail was set at $10,000 on Thursday and she was ordered to surrender herself at the State Courts on Sept 6 to begin serving her sentence.