Man scolded maid and punched her in the face 3 times, causing facial fractures 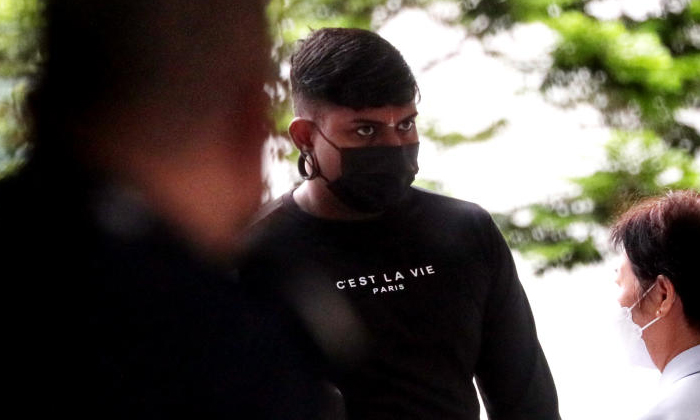 A man scolded his family's maid before punching the woman in the face three times, causing fractures.

Suriya Krishnan was on Tuesday (Feb 8) sentenced to six months' jail after he pleaded guilty to assaulting the 27-year-old Myanmar national.

The siblings, their parents and the maid lived together in a flat in Hougang.

Shortly before the attack on May 29, 2020, the family were at home celebrating the birthday of Suriya's father.

Before the celebration, Suriya had consumed some liquor by himself and was drunk, the court heard.

At around 8.30pm, his mother asked the maid to cut some jelly for her son.

"The accused then went into the kitchen and told the victim to prepare food for him," said the DPP.

"The accused became upset at the victim, as she passed a remark to the effect that the accused ate a lot, and because she did not cut the jelly in a manner that he wanted."

Suriya scolded the maid and was in turn chided by his mother before she left the kitchen with him.

But Suriya returned to the kitchen soon after and punched the maid in the face three times before his family members restrained him.

The maid sought medical treatment the next day at Sengkang General Hospital, where she was found to have injuries, including facial fractures.

She stopped working for the family following the incident and found new employment in August that year.