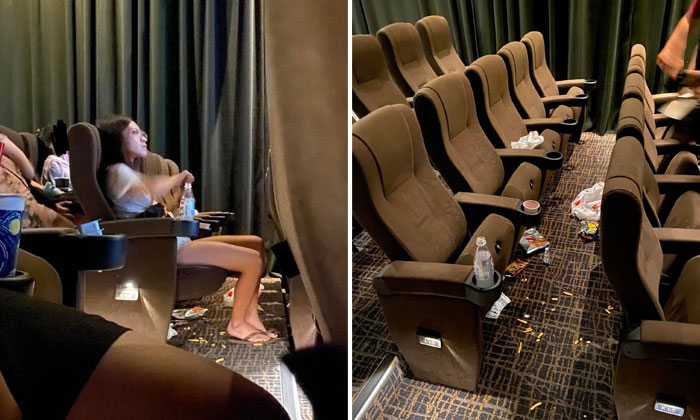 A woman has been called out for leaving a mess at Golden Village Tampines on May 5.

In her post, she said the mess was all allegedly created by just one person. 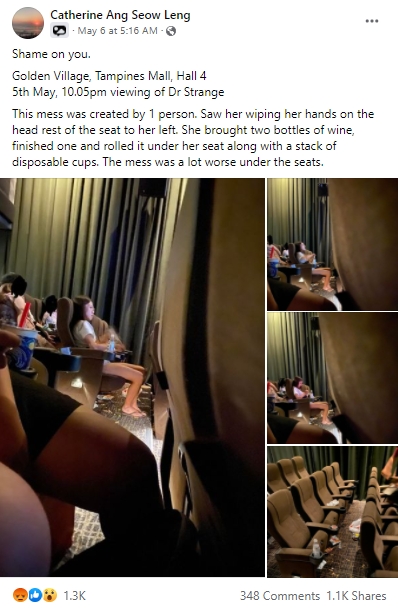 The photos were taken during a night screening of Doctor Strange in the Multiverse of Madness.

"Saw her wiping her hands on the head rest of the seat to seat to her left," Catherine said.

"She brought two bottles of wine, finished one and rolled it under her seat along with a stack of disposable cups.

"The mess was a lot worse under the seats." 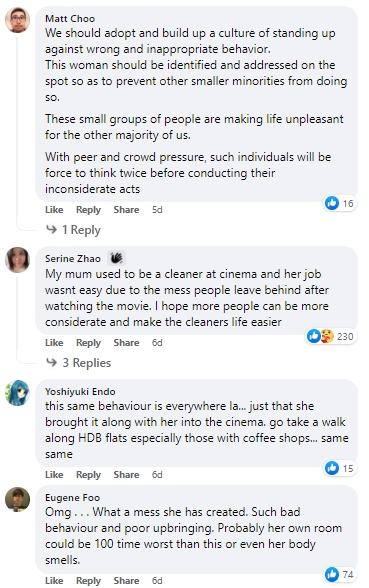 Many slammed the woman's lack of etiquette and sympathised with the cleaners who would have had to clean up the mess.

Following the incident, some local cinema operators reported a rise in littering at their theatres as more people return to watch movies.

The Public Hygiene Council (PHC) has stressed the importance of being vigilant even as Singapore relaxes its Covid-19 restrictions.

A high level of hygiene should be maintained to prevent the spread of diseases, a spokesman said.

In response to cinema operators' concerns about littering, the council has rolled out etiquette campaigns to remind moviegoers to clear their trash.

These have been adopted by major cinema operators like Golden Village, Shaw Theatres, and Cathay Cineplexes since 2020.