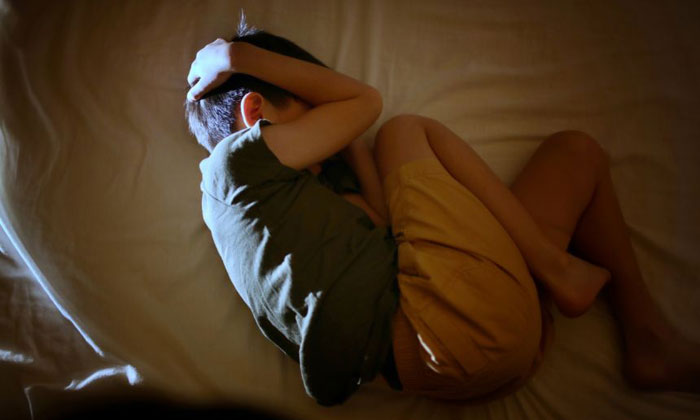 Shaffiq Alkhatib
The Straits Times
May 5, 2021

A woman who was raped by her brother when she was a child hurt her own son because the then seven-year-old boy resembled her attacker.

Between January and July 15, 2019, she injected the boy with insulin on at least 13 occasions.

The woman had learnt that a high dosage of the substance could cause a person's blood sugar to crash, possibly leading to death.

The boy's blood sugar level did fall and he suffered headaches. But he survived the attacks.

On Wednesday (May 5), the 29-year-old mother was sentenced to five years' jail after she pleaded guilty to causing hurt to the boy by using a poison.

The woman, who also has two daughters, cannot be named due to a gag order to protect her son's identity.

Deputy Public Prosecutor Bhajanvir Singh said that the woman was sexually abused when she was between nine and 12 years old. She was then living with her parents and three brothers.

The offences came to light when her attacker was 13 years old. He was dealt with in court and sentenced to two years in a boys' home.

By this point, she was no longer on good terms with her parents. She felt her mother had sided with her brother and she also accused her father of sexually abusing her, although this was not proven in investigations.

But eventually, her mother moved in with her in 2017 after her father died.

After serving his sentence, her brother tied the knot in September 2018 and later learnt he was to be a father the next year.

That appeared to trigger the woman. Upset that he had moved on with his life, she decided he did not deserve to be happy.

She had initially planned to kill her three children, mother and the same brother in 2019, before taking her own life.

The murder-suicide rampage would see her burn everyone alive. But she did not want her favourite son, who was then about seven years old, to "die in pain".

At some point, however, she developed a hatred towards him. She felt he resembled her attacker.

In January 2019, she travelled to Johor Baru and bought insulin pens and needles from a pharmacy there. She learnt how to use them by watching videos on YouTube.

After the boy was given the jabs, he suffered from conditions including severe headaches, numbness in his fingers, nausea and photosensitivity.

The boy was then admitted to the National University Hospital (NUH) on June 10, 2019, where he was diagnosed with hyperinsulinism.

This condition can occur from insulin administration or from an insulin-secreting tumour in the pancreas - insulinoma.

Doctors who examined the boy found that he did not have insulinoma. He was hospitalised three times, once after suffering a seizure related to low blood sugar levels.

On one occasion, a child life therapist spoke to the boy, who revealed that his mother had on numerous occasions injected him with "medication".

Hospital staff confronted the woman on July 16, 2019, and she admitted that she had been injecting insulin into the boy. The police were then alerted.

The mother was later found to be suffering from conditions that include major depressive disorder and post-traumatic stress disorder (PTSD).

Citing psychiatric reports, the DPP told the court there was a "substantial contributory link between her mental disorders and her offending behaviour".

The woman was, however, "not of unsound mind" when she committed the offences as she was aware of the harm she could have caused by injecting insulin into her son.

DPP Singh added: "IMH (Institute of Mental Health) has informed that since the arrest of the accused, she has been receiving psychiatric treatment as well as counselling in prison.

"While her psychiatric condition has improved and her risk of re-offending has reduced from moderate to low, her road to recovery is long."

As for the boy, the court heard that a consultant at the Child Guidance Clinic saw him on Oct 31, 2019.

DPP Singh said: "The victim had reported having repetitive thoughts and bad dreams of the... matter and had expressed worries of further harm. The victim had some symptoms suggestive of a post-traumatic disorder.

"The victim was discharged to the care of the Child Protection Service (and) did not go for follow-up sessions after his discharge."

For causing hurt with a poison, an offender can be jailed for up to 10 years and fined or caned. The mother cannot be caned due to her gender.