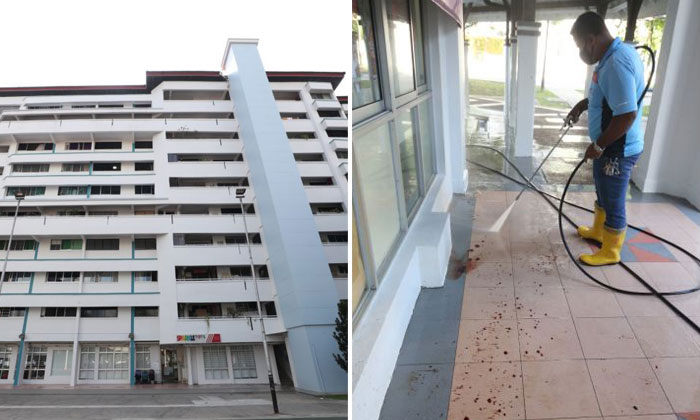 A 35-year-old man accused of fatally stabbing a woman in Jurong East had purportedly hurt her with a penknife in November last year.

Zheng Xianfeng, a Chinese national, was facing two charges, including for last year's alleged offence, before he was charged on Thursday (Feb 18) with murdering Tham Mee Yoke.

Tham, 34, was found lying motionless with multiple stab wounds at the void deck of Block 308 Jurong East Street 32 by the police, after they were alerted on Tuesday at 11.55pm.

She was unconscious when taken to Ng Teng Fong General Hospital and pronounced dead at about 1.30am the next day.

On Wednesday, the Singapore Civil Defence Force received a call for help at 12.05am and said that two people were taken to the hospital.

The police said on Wednesday that Zheng and Tham know each other.

According to court documents, Zheng is said to have voluntarily caused hurt to Tham using a penknife at around midnight on Nov 17 last year at the open space carpark next to Block 349 Jurong East Avenue 1.

He is also accused of causing annoyance to one Abdul Aziz Ishak at around 11.50pm  on Jan 16 this year by lying down on the carpark near Block 316 Jurong East Street 32 and shouting while drunk.

The Straits Times understands that Tham is Malaysian and lives in a block near where the incident took place.

Some residents that ST spoke to on Wednesday said they heard a commotion near Block 308 after 11pm on Tuesday.

Photos and videos provided by a resident showed a woman, believed to be Tham, lying on the ground with two other men standing nearby.

A third man is seen pressing on her shoulder in an apparent attempt to stem bleeding.

Paramedics then arrived and tended to the woman.

Zheng's case is expected to be heard again on March 11.

If found guilty of murder, he could receive the death penalty. 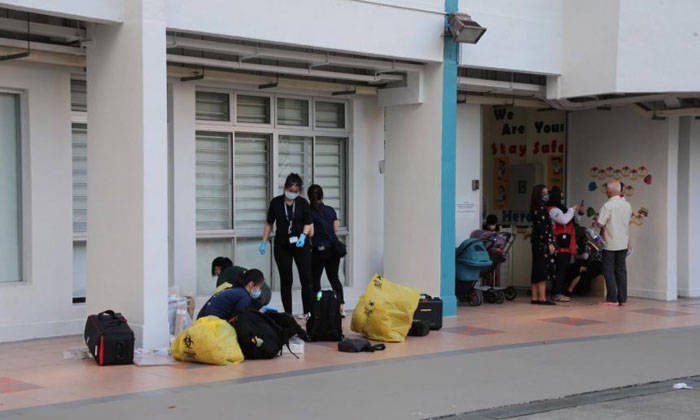 Police officers at the void deck of Block 308 Jurong East Street 32 near where a woman was found lying motionless with multiple stab wounds. PHOTO: LIANHE ZAOBAO