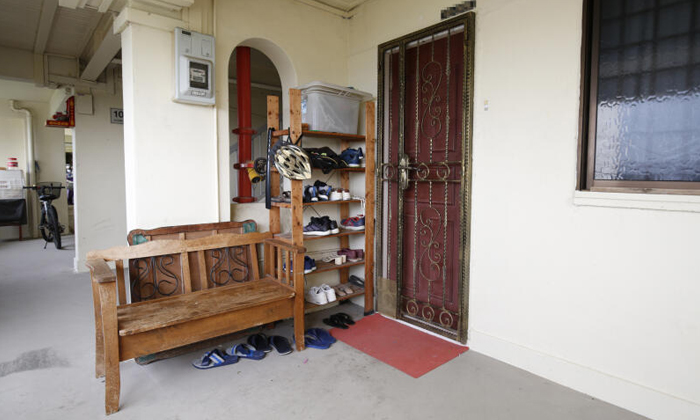 A man who allegedly killed another in a Bedok Reservoir Road flat last weekend appeared in a district court on Monday (April 5) and was charged with murder.

Naing Lin, 49, is said to have stabbed the victim, who is of the same age, last Saturday.

There is no further information on the weapon used as of this point.

In an statement on Saturday evening, police said that they were alerted to the incident at around 10.15am that day.

Officers arrived at the unit and found the victim lying motionless at the scene.

A resident, who lives in the same block and wanted to be known only as Mr Seow, 55, had earlier told Chinese-language newspaper Shin Min Daily News that the unit was cordoned off at noon on Saturday.

He said: "There were about six police officers along the corridor. They did not disclose what happened and told me only to leave quickly."

Another neighbour, domestic helper Ms Yato, 32, said that she had heard two men quarrelling in the unit on Friday night.

According to her, one of the men then shouted: "Stop it! I'm already angry."

Both the accused and the deceased are reportedly from Myanmar, and have been working in Singapore for some time.

Naing Lin is remanded at the Central Police Division and his case has been adjourned to April 12.