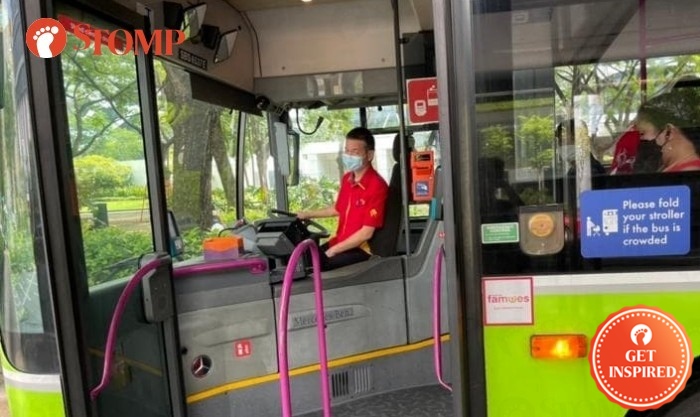 A bus captain paid the fare for a woman who forgot her wallet and for days after that, she waited at the same bus stop at the same time hoping to see him again to repay the money.

Stomper Jen recounted that on July 3 at 9.40am, she was waiting in Marine Parade to take Go-Ahead bus service 36 to Plaza Singapura.

But after boarding the bus, she could not find her fare card or wallet in her bag.

She said: "That day I changed my bag and forgot to put my card and wallet in as I was rushing for a class."

Because of the Stomper, the bus was not moving. The bus captain looked at her.

According to Jen, she said to him: “Sorry, sir, I forgot to bring my bus card and money. Can you help me and I will return the money to you?”

She told Stomp: "I thought he would chase me out from the bus, but he quickly took out his bag and found $2.50 to help me pay for the bus fare. I am so grateful that he was willing to help me.

"As I alighted from the bus, I said I would return the money. I asked him if I could take a photo of him and the bus, and he said okay. I asked how to address him and he said Mr Sim."

She said many thanks and got off the bus.

The next day in Marine Parade, she waited at the same bus stop at the same time from 9.30am to 10am for bus service 36.

"I thought I could find the driver and return the money. For a few days, I did the same thing but could not find him," said Jen.

"I also checked with the other drivers of bus number 36 about Mr Sim and asked them to help me return the money to Mr Sim, but some drivers said they had different timings and it was hard to meet up."

Then on July 10, she took bus service 36 again. This time, the bus captain's name was Mr Chong.

"I told him my story and he was willing to help me return the money to Mr Sim," said the Stomper.

"I am so grateful that this world still has a nice and kind driver like Mr Sim."