Kind bus captain gives mask to elderly man who forgot his, so that he could board 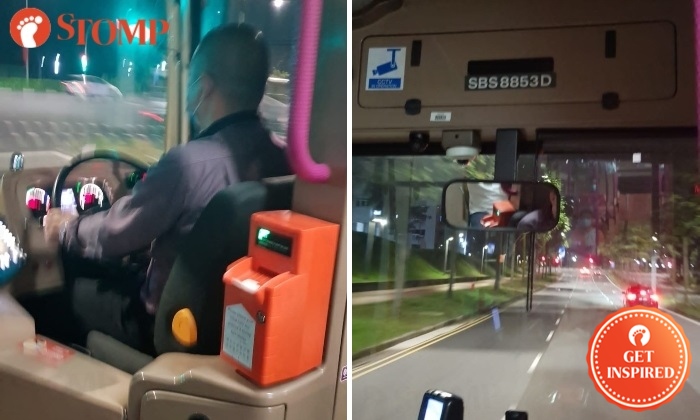 Ever forgotten to wear a mask when you go out? In Singapore, masks are now optional outdoors but still required when taking public transport.

So if you forgot your mask, you will not be allowed to board the bus. But sometimes the unexpected happens.

Stomper Jessica recounted a heartwarming incident she witnessed at the bus stop opposite Mayflower Secondary School in Ang Mo Kio Avenue 3 on Tuesday (June 7), at around 6am: "A very elderly man, probably in his 80s, had boarded the bus 166.

"On boarding the bus, the uncle realised he had forgotten to put on his mask and then he got off the bus and was going to go back home to get a mask.

"The bus captain called out to him a few times before the uncle could hear him, to get back on the bus.

"The bus captain then took a mask from his own personal supply and gave it to the uncle. The uncle was very surprised and was smiling ear to ear.

"I would like to commend the bus captain for his very kind deed."

The Stomper also shared photos of the bus captain and the bus licence plate number.