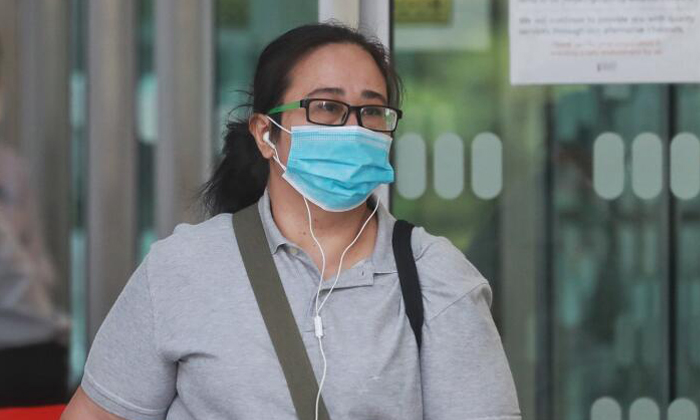 A woman was fined $5,000 on Friday (June 18) for slapping an eight-year-old girl's face in an MRT train after the latter accidentally stepped on her foot.

The girl had boarded a train with her mother at Choa Chu Kang station on July 15 last year, and stepped on Connie Soh’s left foot some time before 1.47pm.

A district court was told that the girl apologised to Soh, who was talking loudly on her phone and did not hear the apology.

Soh, now 46, confronted her mother. The mother said her daughter had given one, and an argument ensued.

When the train reached Yew Tee station, Soh slapped the victim to try to prevent her from leaving.

The girl burst into tears and her mother alerted the police soon after.

Soh, a Singaporean, had pleaded guilty last month to one count of voluntarily causing hurt.

In an earlier proceeding, Deputy Public Prosecutor Joseph Gwee said: “The victim did not retaliate, and instead, began to cry from the bodily pain she experienced. The (face) is also regarded as a vulnerable part of the body.

“The accused... attempted to leave the area and the victim’s mother then pulled her shirt to prevent the accused from leaving the vicinity.”

The mother took her daughter to the National University Hospital later that day after alerting the police.

The child was found to have a bruised left cheek and was given two days of medical leave.

DPP Gwee had earlier urged the court to sentence Soh to a fine of at least $5,000.

He added that her reaction to the accident was “unwarranted given the victim’s tender age”.

The DPP said: “ The accused’s response was (an) objectively disproportionate one, committed in a public place.

“It is undisputed that the victim’s act of stepping on the accused’s shoe was accidental.”

For voluntarily causing hurt, an offender can be jailed for up to three years and fined up to $5,000.

A person who targets a child below 14 can face double these punishments.