Woman cries and begs passengers for money on bus 197 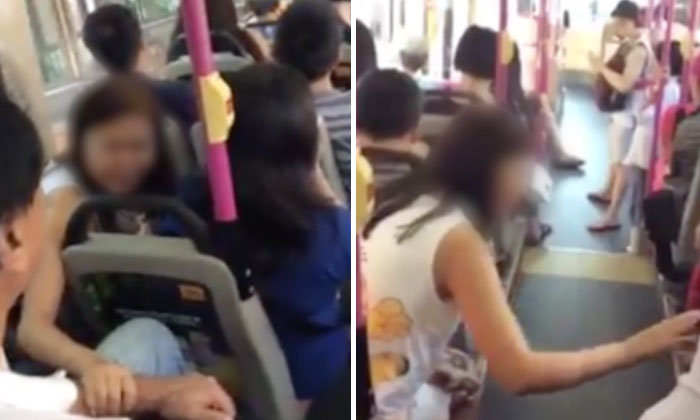 A woman cried and pestered passengers on a bus for money to buy ‘medicine’, only leaving after getting $5.

The incident happened on bus service 197, heading from Jurong towards Bedok Bus Interchange on Aug 31, at around 3pm.

Stomper Kohji, a singer-songwriter, told Stomp that the woman had approached him after he boarded the bus along Redhill.

The woman who looked to be in her forties, was seated in front of him.

She suddenly turned around and asked him for money.

“The auntie approached me and asked me for money.

"She said she had no money to take the bus, but I told her she was already on a bus.

“She then told me that she had no money for food and needed to see a doctor.

“I advised her to go to the Institute of Mental Health, where she would be able to owe bills and get free meals."

Realising that Kohji would not budge, the woman changed her target.

Telling other passengers the same lines, she continued begging for money.

In one of the videos, the woman grasped the hand of a male passenger at the back, but the latter did not seem convinced.

She then moved on to another female passenger.

In accordance with the Destitute Persons Act, begging is illegal and individuals convicted can be fined $3,000 or jailed up to 2 years.

Anyone who wishes to help the needy can donate to registered charity bodies.

Related Stories
Foreign backpackers slammed for begging in Asian cities -- to fund their travels
From begging on the streets to becoming a Cambridge student, some dreams really do come true
Woman asks strangers for money to buy ticket at KL train station, gets called out by FB user for being a cheat
More About:
begging
beggar
Bus