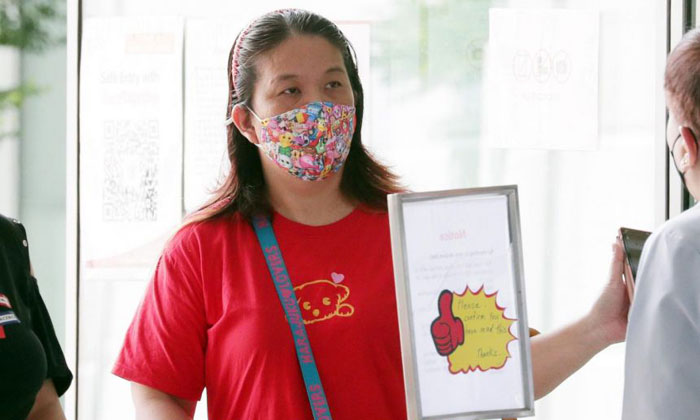 A woman who had been remanded for psychiatric assessment after she was charged for harassing her neighbours - a hospital nurse and his family - argued on Wednesday (Sept 15) that she had been wrongfully detained.

Lim Sok Lay, 48, filed an unusual petition to the High Court, arguing that a district judge's decision to order her 14-day remand at the Institute of Mental Health (IMH) was not justified and amounted to "serious injustice".

High Court judge Vincent Hoong dismissed Lim's petition, saying that no error had been made by the lower court.

Justice Hoong said Lim had not pointed to any serious injustice suffered as a result of the remand order.

"In fact, the remand order had been made for the benefit of the petitioner, out of an abundance of caution by the judge," he said.

He added that even if there was an error, the remedy sought by Lim was not appropriate and was "purely academic".

During the hearing, Justice Hoong repeatedly asked Lim's lawyer, Ms N. K. Anitha, to specify the remedy she was seeking.

Ms Anitha said her client wanted the High Court to declare that the remand order was wrong and wanted the order to be expunged.

On May 21, Lim and her husband, Cheang Eng Hock, 56, were charged with harassing their neighbours at a block of flats in Edgefield Plains in Punggol.

The couple were accused of shouting phrases such as "Covid spreader" and "virus family" at their neighbours, who include a nurse at Sengkang General Hospital.

Lim and Cheang were also accused of spraying disinfectant at their neighbours' flat.

The prosecution applied for Lim to be remanded for psychiatric observation, tendering by a report by the investigation officer (IO).

The report stated that Lim behaved irrationally when she was arrested on Feb 21, yelling at random people, shouting and screaming, and expressing delusions of grandeur that everyone should listen to her.

On June 3, an IMH psychiatrist found that she has no mental disorder, was not intellectually disabled, was not of unsound mind at the time of the alleged offences, and was fit to plead.

Lim was released on bail on June 4. She filed the petition on July 1, asking the High Court to exercise its powers to revise the remand order.

Ms Anitha argued that the IO's report was not sufficient to justify a remand order and the district judge had failed to investigate the soundness of Lim's mind.

He added that Lim's petition was futile as the remand cannot be undone.