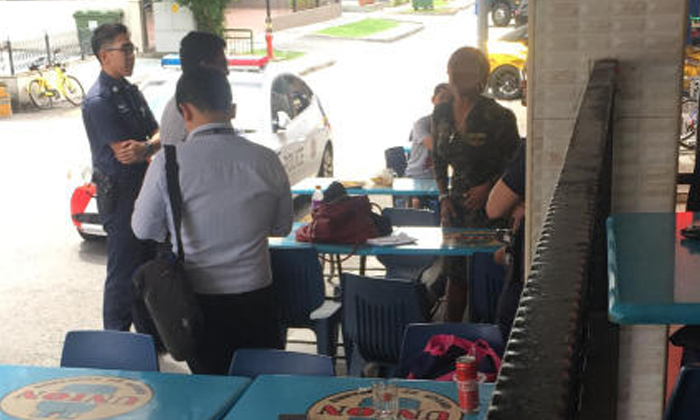 A 30-year-old woman was arrested after causing a scene that lasted six hours in Geylang, during which she made false claims about a bomb.

According to Shin Min Daily News, the incident occurred at a coffee shop along Lorong 10 Geylang on Tuesday morning (Dec 18).

Witnesses told Shin Min that the woman appeared at the coffee shop at around 5am and kept wandering along the walkway.

They said that she was acting strangely, appeared to be mumbling to herself, and also ran towards the traffic light to cross the road.

"Around 11 police officers in uniform and plainclothes arrived at the scene and checked the contents of her bag," one added.

Describing the atmosphere as tense, a passer-by told Shin Min that he saw five to six police vehicles and officers questioning people in the vicinity of the coffee shop.

In response to a Stomp query, the police said they were alerted to a case "involving a woman who claimed that there was a bomb along Geylang Road" at 9.55am.

They added: "Officers conducted checks in the area and nothing incriminating was found.

"The woman, who has a history of mental health issues, was arrested in relation to the case."