Man who made false bomb threat on Scoot flight to Hat Yai fined $4,500 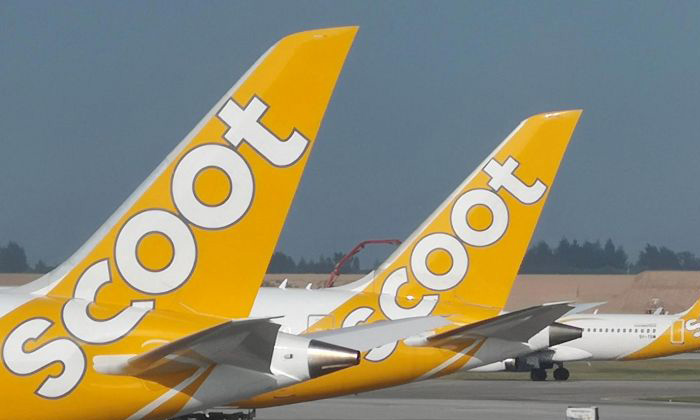 According to an earlier Stomp article, 41-year-old Hsu Chun Meng made the comment while on board flight TR634 which was carrying 173 passengers.

He was first approached by stewardess Boo Joe We, 23, when she saw him having trouble putting his carry-on luggage into the overhead compartment before take off, reported The Straits Times.

She then told him to check the piece of luggage in, but he insisted on trying a few more times to shut the door of the compartment before relenting.

When Ms Boo asked him what was in the bag, he replied: "Nothing, only bomb."

Upon hearing this, Ms Chiong decided to inform the captain of the plane, but as the plane was about to take off, she could not enter the cockpit.

Ms Chiong later informed the pilot of the plane while it was airborne.

RSAF jets were scrambled to escort the plane as soon as it entered Singapore air space and police were also activated to do a sweep of the plane as it touched down in a remote area away from the man Changi Airport terminals.

Hsu and his friends' luggages were located and separately removed for security checks.

The flight was delayed by a total of four hours and 48 minutes.

The entire crew was replaced with a fresh crew and affected passengers were given vouchers totalling to $13,757.60.

Hsu Chun Meng was fined $4,500 for breaching the Protection from Harassment Act by using threatening words to cause alarm.

District Judge Adam Nakhoda said Hsu's behaviour cannot be tolerated, and there was a need to deter like-minded individuals from doing the same.

Read the full story at The Straits Times: