Wild boar knocks out woman, runs into glass door of shop in Yishun 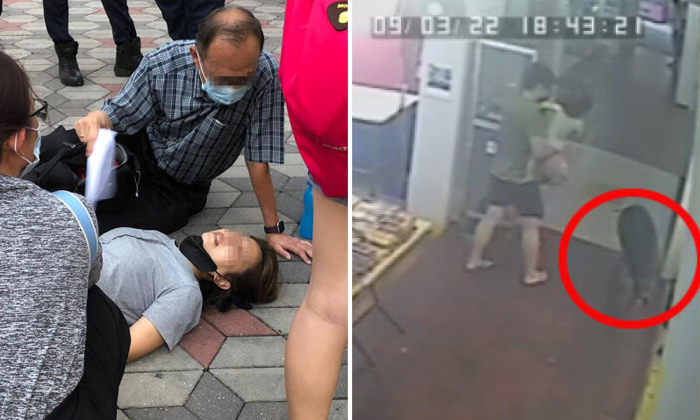 A search was on for a wild boar that ran into a woman in Yishun on Wednesday (March 9), knocking her out for several minutes.

Yishun Park was closed on Thursday morning and officers of the National Parks Board were scouring the area.

The incident happened at the Khatib open-air plaza near Block 844 Yishun Street 81, a buzzling spot at the time.

Several people went to help the woman who was knocked down around 6.40pm.

She was said to be with a little girl, who started crying.

A woman selling clothes nearby told Shin Min Daily News that she called 995.

"The wild boar had very long tusks and was not small," she was quoted as saying.

The boar then reportedly ran into the glass door of a shop.

A local resident told The Straits Times that the animal was bleeding as it ran off.

“We have asked our Town Council Estate Ambassadors and conservancy cleaning staff to be on the lookout at the adjacent blocks,” she said in a Facebook post. “I wish the injured a speedy recovery…”

ST also quoted Ms Anbarasi Boopal, chief executive of the Animal Concerns Research and Education Society (Acres) as saying there was not enough information to understand why this boar had ended up in such a crowded urban area.

"Wild boars have poor vision and are prey animals, so when they are running in fear, they just dash through whatever is in their way," she said. "They are often not trying to target and attack human beings."