Wife of detained captain: I just want him back 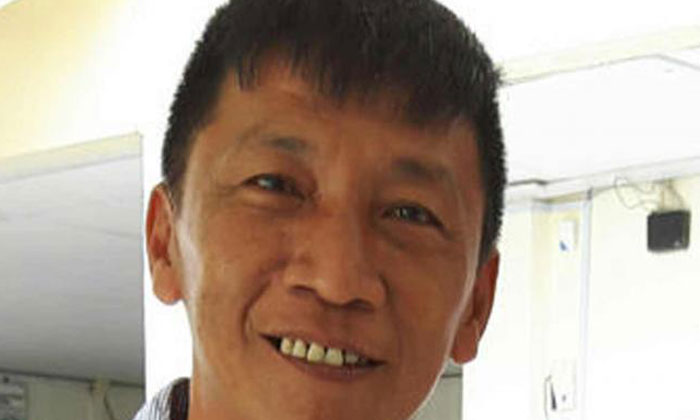 Mrs Jasmine Shoo has been waiting seven months for the safe return of her 50-year-old husband Shoo Chiau Huat - the boat captain arrested in Tanjung Berakit waters, just off Bintan island, on April 16.

The seven Singaporeans and six Malaysians on board his Singapore-flagged Selin, all mainly recreational anglers, were deported about a week later, but Shoo was charged with a trespassing offence.

He was acquitted in July but later accused of entering Indonesia illegally. He remains in custody pending his court hearing, and is expected to be sentenced late next month, said Mrs Shoo.

"He used to go out to sea two to four times a month, usually during the weekends. It was not his first time to the area," said the 50-year-old, who does administrative work in an insurance company. She is now caring for their four children.

She had turned to Punggol East MP Charles Chong for help. Every Monday, she rushed to his meet-the-people sessions after work. She said: "Sometimes, I would wait till 11pm to see him. I went there so often that even his staff recognised me."

Mr Chong told The Sunday Times that upon hearing of her situation, he wrote to the Ministry of Foreign Affairs (MFA) and met the Foreign Affairs Minister, Dr Vivian Balakrishnan, to discuss the matter.

The MFA sent a diplomatic note to the Indonesian authorities against Shoo's extended detention.

Mr Chong said: "We told (Mrs Shoo) that if she needs provisions and did not qualify for help, we would find some way to assist her."

Mrs Shoo visited her husband in May with a lawyer in Indonesia but has not seen him since. They talk on the phone once or twice a week and Mrs Shoo is having to scrimp and save to get by.

But she said: "I don't need help. I just need my husband back.

"It's better than when we had no contact. His clothes were stolen back then, and he didn't eat well. He told me he was also beaten by others.

"Every Tuesday, he appears in court. We're expecting to know the outcome in late December.

"It's strange he was acquitted and they did not let him come back. If he was entering illegally, wouldn't it have been the same for his passengers? I'm starting to think there is no hope for him."

Related Stories
27-year-old man got 10 boys to perform sexual acts on him as part of their 'training' for popular trading card game
Man who took upskirt photos in Toa Payoh before getting pinned: Alleged victim was trembling and crying
Mother defends daughter against claims that teen lied that her father sexually abused her
courtroom
court
crime
arrest
Prison
illegal