'Why you want to handcuff me?': Video of men tussling with police outside Peace Centre from 2017 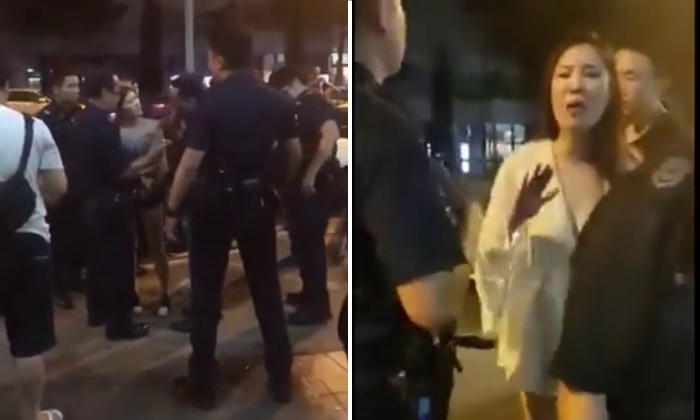 It is not fake news but old news.

A video re-circulating online of men tussling with police outside Peace Centre shows an incident that took place in 2017.

"Two of them were arrested for affray, one for causing public nuisance while another was arrested for disorderly behaviour," added police.

Stomp understands that the men had been at Club 9, which is located along the same stretch of road. They then got into a dispute over their cars.

The man nabbed for disorderly behaviour had been filming a police officer, whom he also challenged.

The man who caused a public nuisance had been asked by police to leave the scene as he was not involved in the fight, but refused to comply.