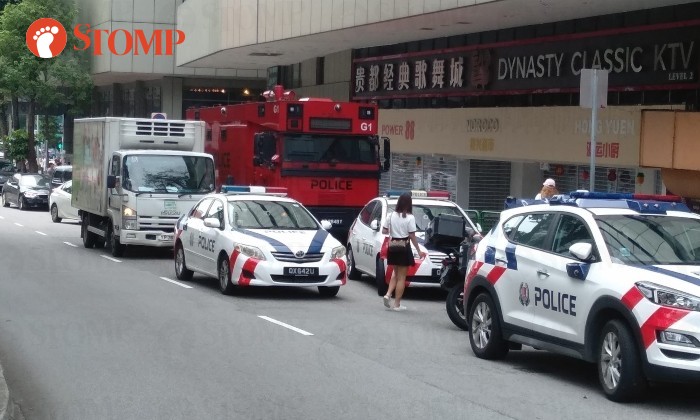 Two people were arrested for drug offences after multiple police vehicles, including a Special Operations Command tactical vehicle, were spotted at Sophia Road on Wednesday (July 13).

Stomper Sabre Cruz shared photos of the police presence outside Peace Centre taken at around noon by a friend who was in the area to buy 4D.

"According to him, it was surreal," said the Stomper. "It was like filming a movie. He thought it was an exercise.

"I went down to take a look 30 minutes later. The police cars and CSI van were there, but the special forces had already left.

"While I was there, the atmosphere was calm." 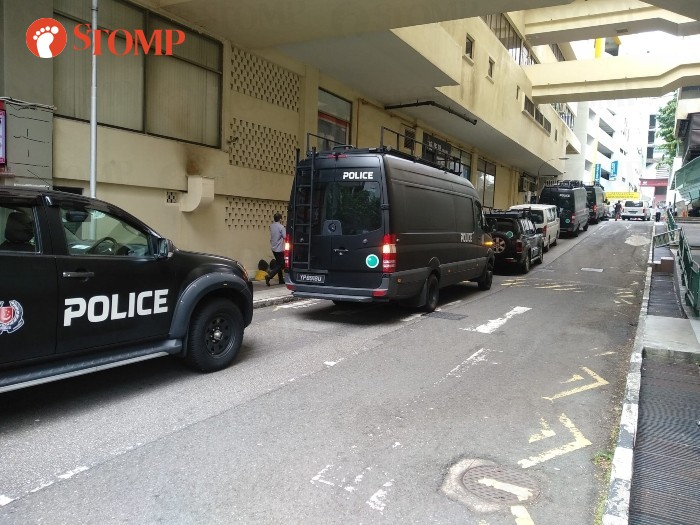 In response to a Stomp query, police said that they were alerted to an incident at 1 Sophia Road at about 9.20am.

A 40-year-old man and a 26-year-old woman were arrested for suspected drug-related offences.