Why this mooncake costs a mind-blowing $1,200 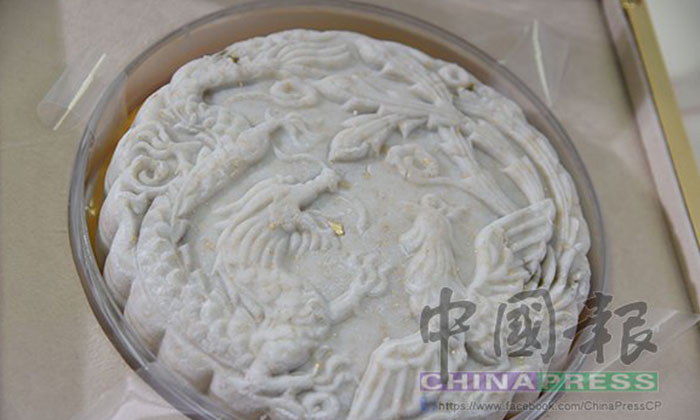 There have been countless renditions of the mooncake in recent years, from popular flavours such as durian to the less conventional, such as chocolate mooncakes with spicy beef stuffing.

However, none has been as expensive as ‘zhen yue’, a giant mooncake created by Leong Yin Pastry, a Malaysian company which specialises in mooncakes, tarts and pineapple biscuits, reports World of Buzz.

Even the ‘snow skin’ enveloping the precious contents is made with cave bird’s nest, an expensive delicacy in itself.

The ‘zhen yue’ has cemented a spot in the Malaysian Book of Records as the most expensive mooncake in Malaysia.

If you’re thinking of splurging this mid-autumn festival, do keep in mind that the ‘zhen yue’ does not contain preservatives and has a short shelf life.

It would thus be advisable to finish it within three days, according to the maker.

Related Stories
Here's why the world's most expensive burger will cost you over $3,100
Why so expensive? Woman pays $10.20 for a simple 'suan la fen' at Koufu in Toa Payoh Bus Interchange
$17.80? That's what one customer was charged for this economical rice meal at VivoCity food court
More About:
mooncake
food
hipster
expensive food