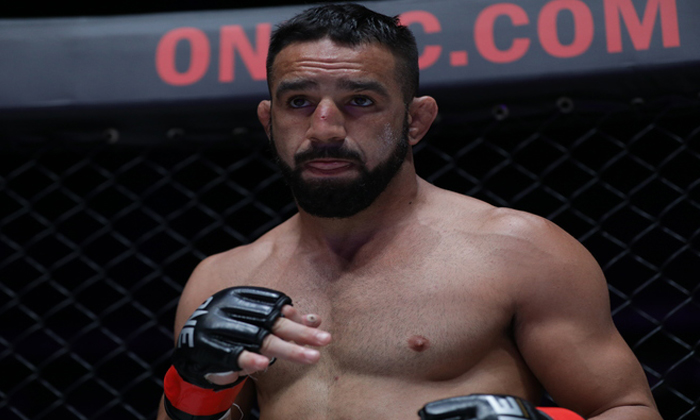 Martial arts can transform one’s life, and ONE Championship has brought to light some of the most inspirational stories from athletes who have dedicated their lives to the sport.

It takes tremendous will and determination, combined with loyal support from a gym that drives them towards success.

The growth of the sport in Singapore prompted the rise of several gyms, and one of the most successful in producing athletes that have succeeded on the global stage is Juggernaut Fight Club (JFC).

Established in 2011 by one of Singapore’s most accomplished athletes in Arvind “The Juggernaut” Lalwani, JFC has produced champions in several  disciplines of martial arts.

Lalwani’s passion for martial arts helped him make the gym more than just a place to train – it has become like a second home for its students.

Here are some Juggernaut alumni who have formed a bond with Lalwani through their martial arts journey and made a name for themselves.

The ONE women’s Strawweight contender has a Bachelor of Arts degree in Psychology from the University of Buffalo, and was a research coordinator and a behavioral therapist for children with special needs before deciding to commit to a career in martial arts.

“She started everything with us,” Lalwani says. “She started with Muay Thai from another gym, then I came in, I made her hands good, and got her into the national team for boxing.”

“I turned her pro. None of the other coaches thought she was ready to turn pro, and I said that she was.”

In February 2016, Teo first stepped into the cage as a professional in Lalwani’s Singapore Fighting Championship (SFC) and won with a first-round knockout.

After going undefeated in her first three matches and stopping all her opponents, Teo joined the ranks of ONE, and extended her unbeaten streak to seven bouts.

She competed for the inaugural ONE Women’s Strawweight World Championship in January but fell short against China’s Xiong Jing Nan.

Teo is set to return to the cage on 9 November against Michelle Nicolini at ONE: HEART OF THE LION, where her compatriot and ONE Women’s Atomweight World Champion Angela Lee will challenge Xiong for the belt in a World Champion versus World Champion super match.

The Thai-based American found his passion for martial arts and traveled halfway across the world to chase his dream.

After training in Thailand, The Honey Badger was offered an opportunity to teach in Juggernaut, and it has since become his first port of call when he is back in the Lion City.

“He always felt at home over here – like family,” Lalwani says.

“He made friends with us, I guess that’s the reason why it’s home away from home. Every time he’s here, he’s always [at the gym]. He knows all the guys – he’s trained with them for all these years.”

“We’ve gone through a lot. I built his career up and gave him his start.”

Like Teo, Urrutia’s first professional bout was made possible by Lalwani, and he went on to compete throughout Asia.

After winning the SFC Bantamweight Title, he took his talents to the ONE cage for the first time last August, and he has competed in the world’s largest martial arts organization ever since.

The American made his cage debut in his homeland, but soon moved to Asia to continue his martial arts journey.

He made his ONE debut in 2012 at ONE: WAR OF THE LIONS, where his two-bout win streak was snapped by a debuting JFC athlete, Quek Kim Hock.

For the next couple of years, Overall would compete at Malaysian events before returning to the ONE cage, this time, as a member of JFC.

“I trained him for his comeback match against Bruno Pucci, and he knocked him out,” Lalwani explains.

“Majee” would go on to finish the year by submitting Cary Bullos with a rear-naked choke in just 29 seconds of their encounter at ONE: BATTLE OF LIONS, and then Mae one more appearance in The Home Of Martial Arts before he focused his energy into coaching.

In 2017, he opened his own gym, Team Highlight Reel, where Tiffany Teo now trains.

“I would say he’s a good teacher,” Lalwani admits. “He’s always had it in him, so I’m not surprised because he wanted to open his own gym.”

Related Stories
ONE Championship adds Demetrious "Mighty Mouse" Johnson to roster
Singapore’s Radeem Rahman all ready to go up against his idol despite short notice
Check out 23-year-old Amir Khan's fastest knockouts of his career inside the ONE cage
More About:
ONE Championship