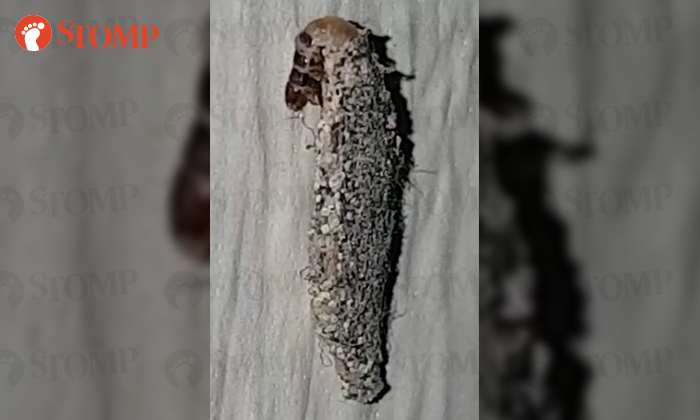 Stomper M was intrigued to see an unidentified creature creeping in and out of a shell-like object on a wall outside his home at Simei Street 5 on Tuesday evening (Oct 16).

The Stomper said the shell was "hanging by a web" along the corridor at around 11.45pm.

Recounting what he saw, M said: "The insect was hiding in a shell that looked like a 'gua zi' (sunflower seed).

"The shell was smaller than a five-cent coin, I had to zoom in my video a lot.

"No idea what kind of insect this is. It was very tiny and didn't come out of the shell fully. It resembled a baby caterpillar but I know it's not."

A video taken by the Stomper shows how the wriggly animal peeked out from one end of the shell-like object, before withdrawing inside.

It then stretched out from the other end of the shell-like object, before retreating again.

Do you know what this creature is?