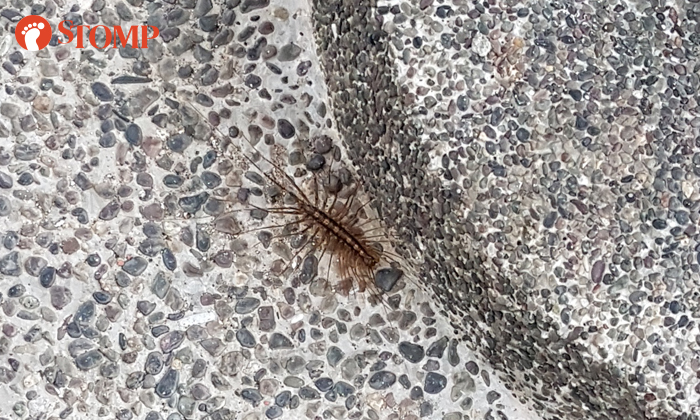 Tay, who saw the critter at the void deck at around 8am, said it resembled a cockroach.

He said: "It was about the size of a cockroach and had many long legs.

Unfortunately, the odd creature met its untimely end when someone stepped on it.

"A passer-by saw the insect and stepped on it intentionally, so it died."

The animal is likely to be a house centipede ('Scutigera coleoptrata'), which is sometimes referred to as being "hundred-legged". 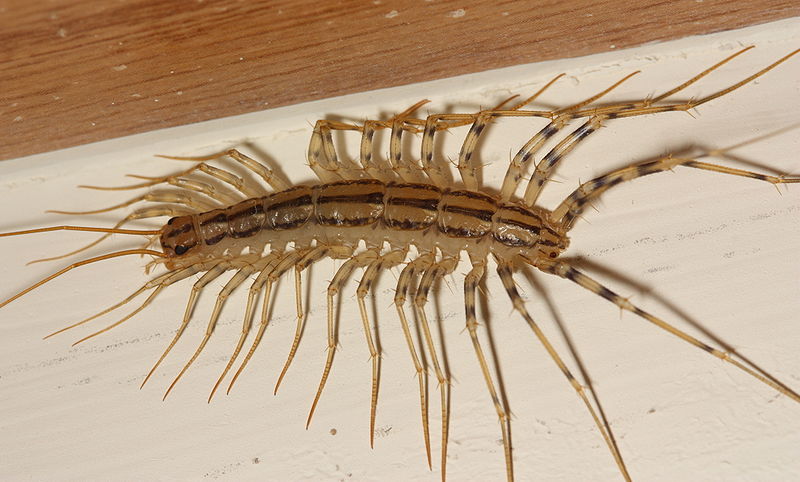 Here are some facts about the house centipede:

As a user has pointed out in the comments below, the critter could also be a forest-dwelling centipede ('Thereuopoda longicornis').

Related Stories
'Monster' caterpillars spotted on trees again -- but it's not at Yishun
What is this insect with freakishly long legs at Bukit Timah Nature Reserve?
What is this freaky creature spotted at City Hall MRT Station?
More About:
insects
animals
unusual