'Monster' caterpillars spotted on trees again -- but it's not at Yishun 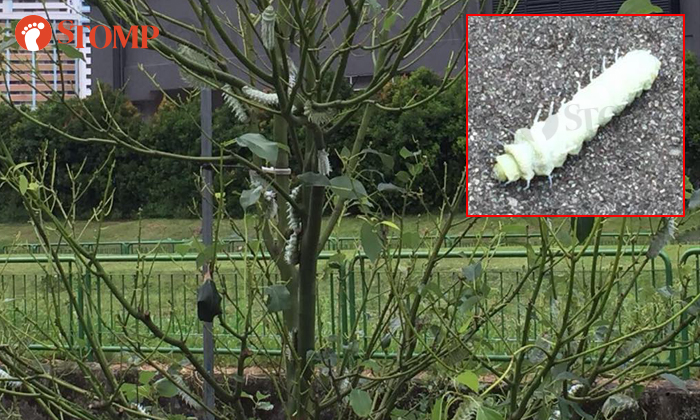 Remember the monstrous-sized caterpillars that were spotted in Yishun last year? Well, they have made another appearance -- this time at Pang Sua Park Connector in Bukit Panjang.

Stomper YL came across the sight, which she described as "disgusting", on Saturday afternoon (April 21) at around 2pm.

According to her, a "whole row of trees" at the park were "infested" with the caterpillars.

She told Stomp in a phone interview: "It was my first time seeing the caterpillars at the park.

"There were a lot of them, about 40 caterpillars on each tree. It was very scary.

"Some had fallen on the ground and some were squashed."

He estimated the creepy crawlies to be around 10cm in length and 2cm in width.

These creatures are likely to be caterpillars of the Atlas Moth, the largest species of moth in the world and whose wingspan can reach over 25cm.