What's this black layer in my new bottle of kaya from supermarket? 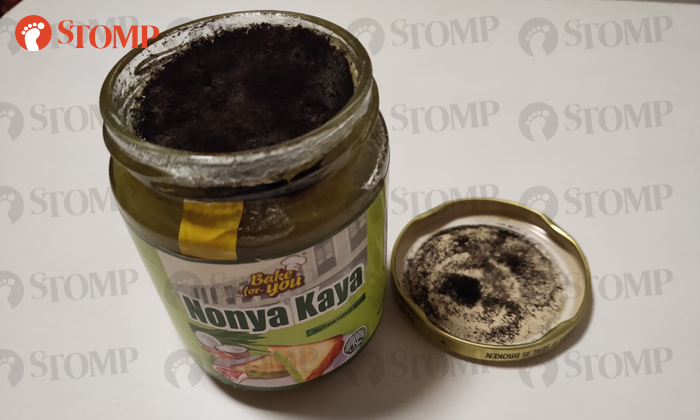 A Stomper purchased a bottle of nonya kaya from Sheng Siong supermarket at New World Centre in Jalan Besar May 22.

When she opened the bottle the following day (May 23), she was disgusted to find an unidentified black layer on top of the kaya.

She told Stomp: "I was shocked at what I saw.

"There was a pop sound when I opened the bottle so I'm sure it was new and sealed before that.

"It's so disgusting and even the lid was black."

Photos taken by the Stomper show that the product has an expiry date of March 19, 2020.

The Stomper then returned to the supermarket and showed staff pictures of the black substance.

She said: "I did not bring the product with me but they gave me a refund. However, they could not explain what the black layer was."

In response to a Stomp query, a Sheng Siong spokesman said it had checked through its stocks after being informed by the customer of the matter.

The spokesman added: "We have apologised to the customer and we are grateful that she has brought the incident to Stomp's knowledge.

"At the same time, we have conducted a refund to the customer and it would be good if we can have the product for investigations."