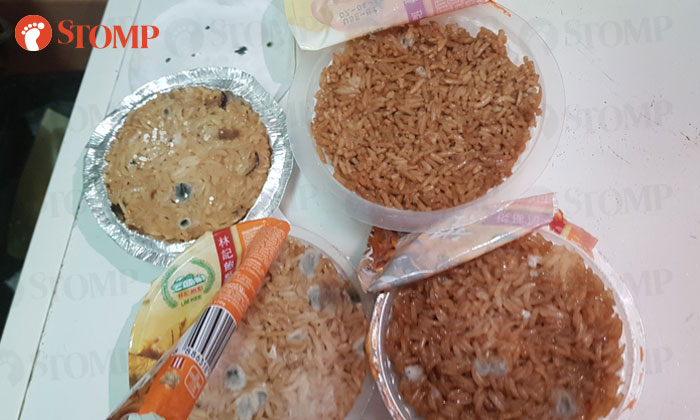 Sheng Siong has issued a refund to a woman who found mould in containers of glutinous beef rice she had bought from the chain's supermarket at Block 539 Bedok North Street 3 on Mar 28.

Stomper Mel told Stomp she had bought the food products at about 2am that day.

She recalled that three of the four products were from the Lim Kee brand but could not remember the brand of the fourth container.

After steaming one of the Lim Kee products later that day at about 11pm, she noticed mould in the rice.

She then proceeded to open all three other containers and found mould in them too.

"I noticed when I bought the products that the refrigerator did not seem cold enough," she said.

In response to a Stomp media query, a Sheng Siong spokesman issued the following response:

"Upon receiving our customer’s feedback, the store has checked through its products and temperature records.

"The store’s fridges have been maintained at an optimal temperature.

"We have since conducted a refund for the customer and have also notified our supplier with regard to this case."