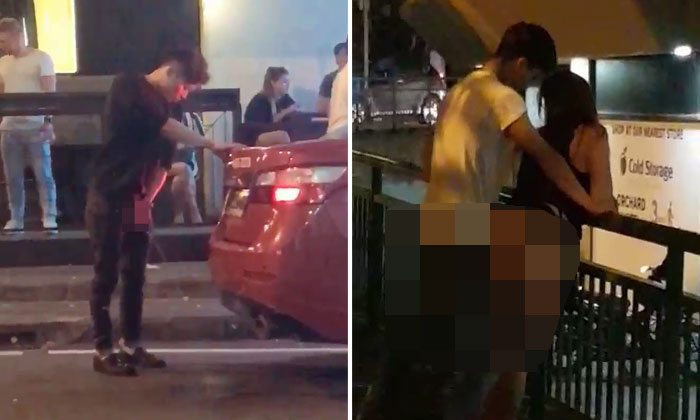 Orchard Towers is in the headlines again but for the wrong reasons.

After Stomp reported on a couple who were caught on video having sex by the roadside outside the establishment, a new video has emerged of a man peeing in the same area.

After reaching out to her, Safrina told Stomp that the incident happened on July 21 at about 4am.

This was around the same time the couple were seen engaging in a sex act along the side of Orchard Towers facing Claymore Road.

In the video, a man dressed in black can be seen holding his penis with his left hand as he pees with his other hand resting on the back of a red taxi for balance.

In the background, laughter can be heard as people exclaim, "What the f**k!" and "Wild sia" at the man's public display.

Despite everything going on around him, the man remains calm and unaffected as he urinates.