A man and a woman were caught engaging in a sexual act outside Orchard Towers on July 21 at about 4am.

Several Stompers alerted Stomp to two videos of the couple, one is over a minute long while the other runs for seven seconds.

In the videos, the woman is seen leaning against a railing with her skirt hitched up to her stomach and her underwear pulled down to her knees while the man's jeans are unzipped as they engage in the sexual act.

In one of the videos, passers-by can be heard egging the couple on.

One man can be heard shouting, "Yee-ha!" and telling the couple to "lie down".

A man is also heard encouraging others to record the action: "Come on, bro. Take your phone, bro. Take some pictures, man."

In the other video, people can be seen standing mere metres from the couple who appear to be oblivious to their surroundings and the attention they have attracted.

Stomp visited the scene at about 1pm on Sunday (July 22) and established that the incident happened outside Orchard Towers along the side facing Claymore Road from shop signs seen in the video. 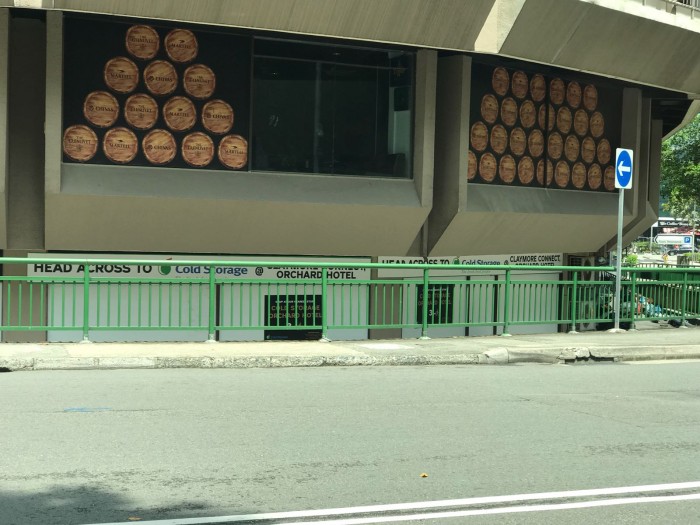 Reporters from Shin Min Daily News visited the scene on Saturday evening and spoke to shop owners and employees about the incident.

One shop owner said: "Such shameful behaviour has tainted Orchard Road, which is one of Singapore's top tourist spots. Their actions have damaged the country's reputation."

Another shop employee said that the couple should have been more mindful of their behaviour considering that they were both adults and in public.

"They should not be behaving intimately in public," the employee said.

"Such behaviour affects others.

"If there had been children passing by, it would have been really unsightly."

Stomp will not be uploading the videos due to their obscene nature.

Couples having sex in public is not a new occurrence.

In March this year, a man and a woman were spotted engaging in sexual acts by a roadside in River Valley for 45 minutes.