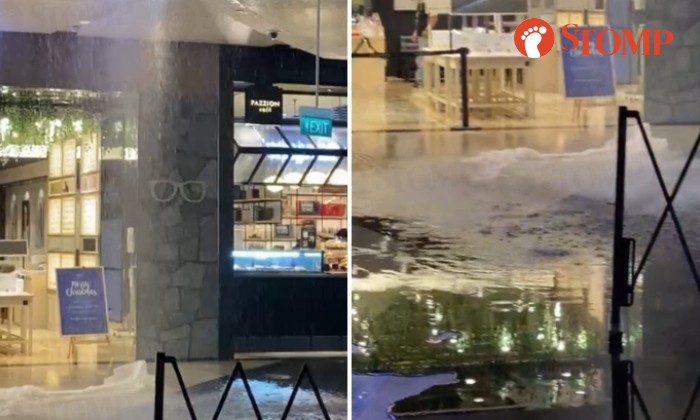 Businesses at basement one of Jewel Changi Airport hit a snag on Friday (Dec 18) when a water pipe leaked and water gushed down from the ceiling, leaving the floor and its surrounding areas wet.

Stomper A shared photos and videos of the incident after her mother, who works at Jewel, sent them to her.

In the video, the water can be seen flowing towards an eatery called Jinjja Chicken while customers try to avoid stepping in the puddles.

Yellow signs stating "caution wet floor" and barricades can be seen around the wet area as curious passers-by stop to see what happened.

At the end of the video, cleaners are seen using mops and buckets to dry the floor. The pipe seems to have stopped leaking then.

"My mother was on her shift at Jewel on Friday morning when she noticed that the ceiling was leaking," A said.

"The leak wasn't too bad at first, but then something suddenly burst and water started pouring down.

"I'm not sure why this happened but my mother suspected that it was due to the rain as there was a huge downpour at the time."

A sent another photo and added: "I think they're fixing the issue right now. I hope everyone is ok." 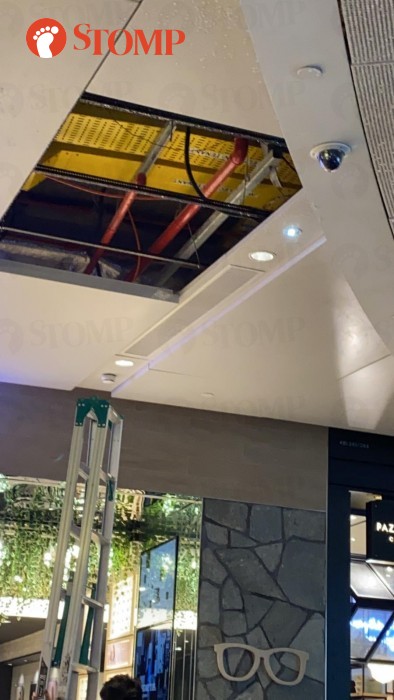 The spokesman added that the leak was immediately attended to.

"Affected tenants were inconvenienced for approximately 30 minutes before normal operations resumed. There was no other disruption to operations," said the spokesman.