Wait, what? Grab driver claims he earns $25k in a month 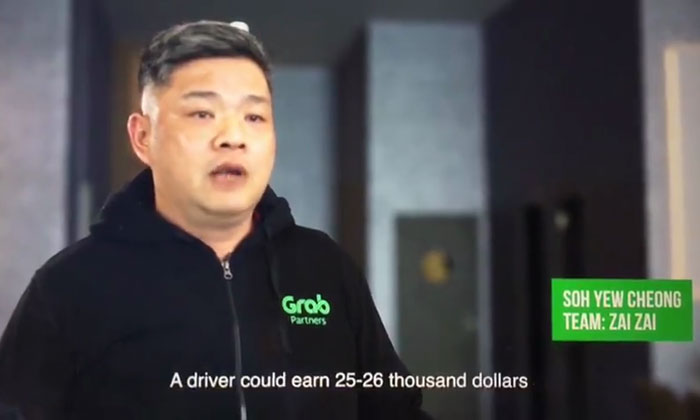 Instead of being a source of inspiration he has become a subject for ridicule after a video of him was posted on Singapore Taxi Driver's Facebook page.

In the video, the driver named Soh Yew Cheong said:

"I couldn't dream that in one month, a driver could earn 25 to 26 thousand dollars.

There were many bitter at how much he claims to make and others who were incredulous, refusing to accept that the amount is possible.

However, some netizens pointed out that the amount he earned was actually from Grab's Road Stars competition.

According to Grab, it is a "high-stakes competition" open to GrabCar drivers only.

The drivers team up in groups of five to score points and be rewarded with cash prizes.

Related Stories
What? $71 Grab fare from Tanah Merah Ferry Terminal to Marsiling
Cheapskate passenger with infant tells Grab driver to cancel booking so she won't get penalised
Grab responds to Stomp about driver who asked girl for $25 instead of $12 upfront fare so that he can drop parcel
funny
grab
GrabCar
grab driver
money
pay