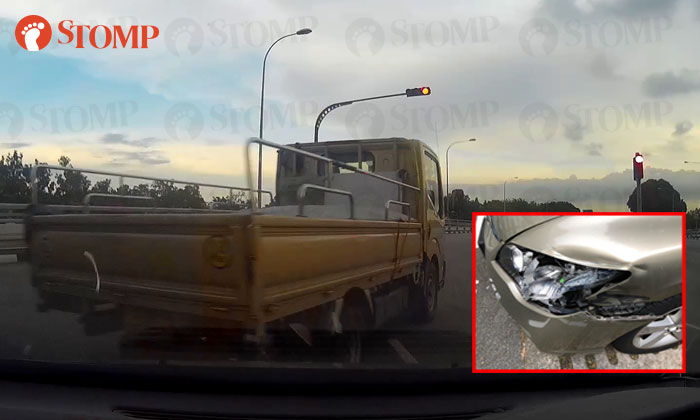 Stomper Adrian was involved in a hit-and-run accident after exiting the Tampines Expressway (TPE) on May 17 at about 6.33pm.

He had exited at the Pasir Ris flyover and was waiting to turn right towards Tampines 12 at a red light.

"When the lights turned green in my favour, I moved off and turned right," said the Stomper.

"Unknowingly, a lorry came speeding from my left and hit the left front part of my car."

In a video shared by Adrian, pieces of debris can be seen flying as the lorry makes impact with his car.

"Not only did the driver not stop, he continued to speed on and took the turning on the right to enter the TPE," he said.

"I didn't give chase because there is no point since he had no intention to stop anyway."

Adrian told Stomp that his car was in a good enough condition to be driven so he continued on his way home.

It was only when he reached his carpark that he realised that the front headlamp's glass was smashed and his left bumper was detached. 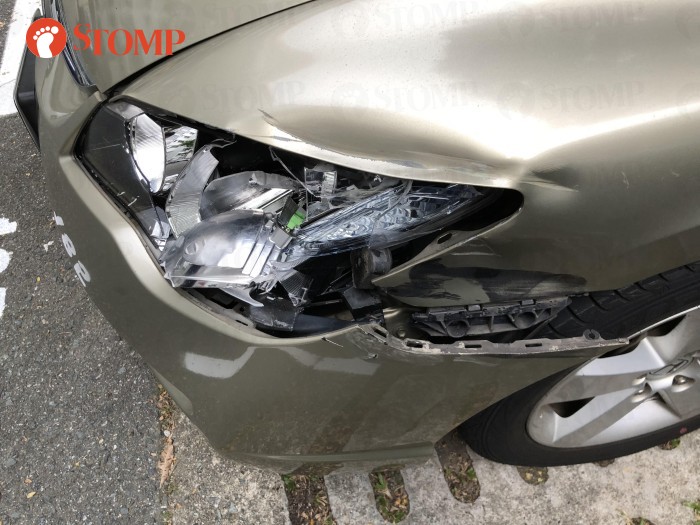 "From the video footage taken on my dash cam, the number plate of the lorry was fairly dark and vague but we still managed to make it out to be GBC2532D," he said.