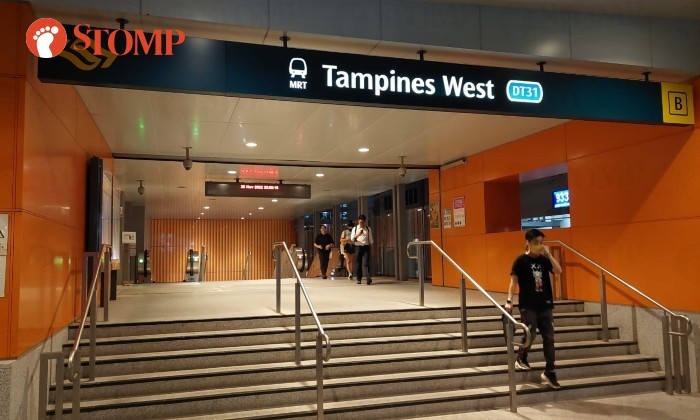 A "very loud noise" was heard at Tampines West MRT Station on Nov 25 at close to midnight, said SBS Transit.

It came from one of the cars of a train that had stopped at the station, said the company, which operates the Downtown Line.

In response to a Stomp query, Mrs Grace Wu, Vice President (Special Grade), Customer Experience and Communications, SBS Transit, said: "As a precautionary measure, passengers were evacuated from the train.

"No injuries were reported. Train service remained in operation.

"We apologise to affected passengers for the inconvenience caused.

"Meanwhile, we are investigating the incident." 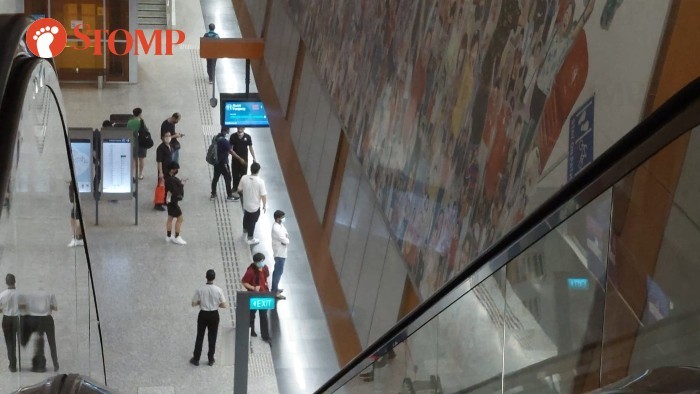 Stomper Valerie said she was alighting the last train when it happened.

"The explosion was so loud that the train rattled very badly," she told Stomp. "And there was smoke coming out from the door when it was closing.

"We were panicking and rushing out of the train. Everyone was just shocked when it happened."

The Stomper said she saw police and the Singapore Civil Defence Force (SCDF) arriving at the scene while she was waiting for a taxi.

"We were all badly traumatised," she added "Imagine this happened during peak hours."

A similar account was posted on an online forum. 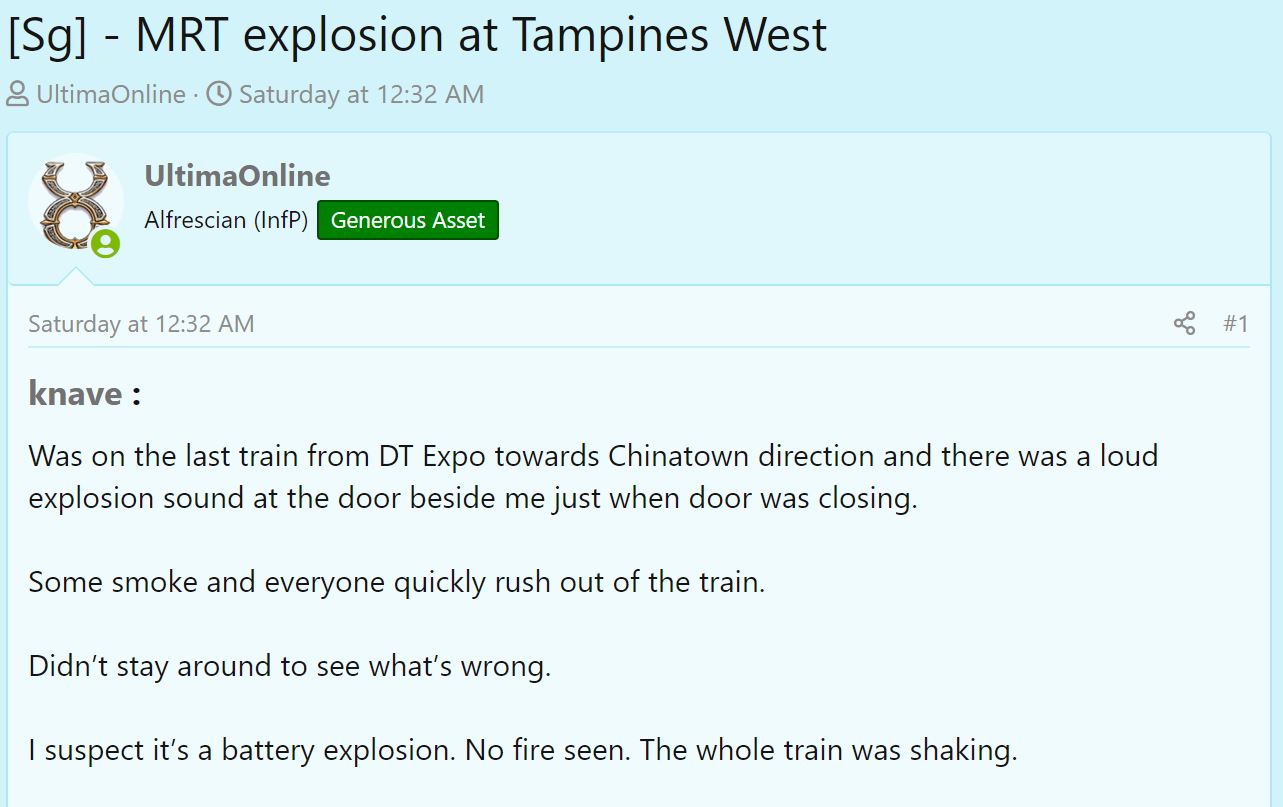 In response to a Stomp query, SCDF said it received a call for assistance at 651 Bedok North Road at midnight.

SCDF's assistance was not required, it said.

Related Stories
Platform screen doors could not close at Jurong East MRT station: 'Stand behind the yellow line'
NEL service delayed during evening peak due to signalling fault: 'So exhausted to wait so long'
Train service disrupted on North-South Line for over 3 hours in morning: 'I was very confused'
More About:
MRT train
explosion
Tampines
SBS Transit