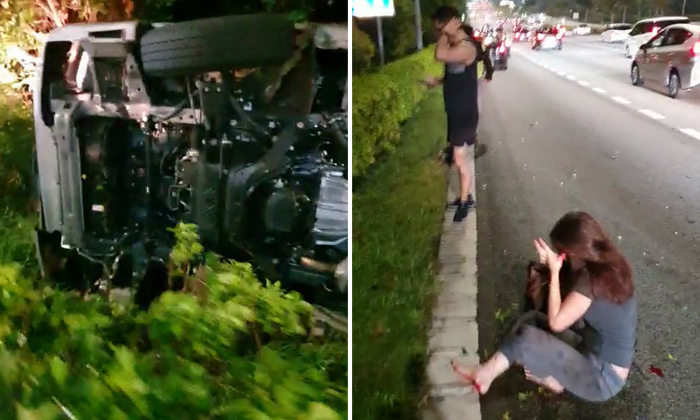 Two people were taken to hospital after an accident involving a car and a van along the Central Expressway (CTE) on Wednesday night (July 29).

The police told Stomp that they were alerted to the accident on the CTE towards Seletar Expressway (SLE) at 9.06pm.

A police spokesman said: "The 38-year-old male van driver and his passenger, a 25-year-old woman, were conscious when conveyed to Khoo Teck Puat Hospital."

Several Stompers alerted Stomp to videos of the incident that have been circulating online.

In one video, two black cars can be seen speeding on the expressway.

(Videos muted by Stomp due to vulgar language)

Other clips show a van overturned on its side. A man recording the video can be heard cursing at a car for 'causing hurt to people'.

A woman is also seen bleeding while sitting on the road.

Police are investigating the accident.