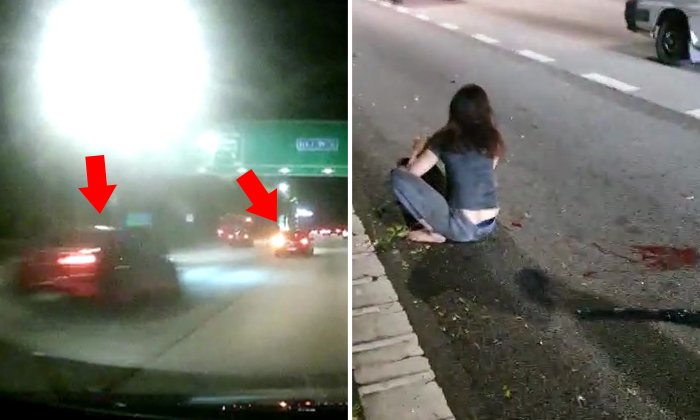 Two men, aged 30 and 41, have been arrested for dangerous driving following an accident that occurred along the Central Expressway (CTE) last Wednesday night (July 29).

Police were alerted to the accident, which involved a car and a van, on the CTE towards Seletar Expressway (SLE) and after Ang Mo Kio Avenue 5 at 9.06pm.

Stomp earlier reported that the 38-year-old male van driver and his passenger, a 25-year-old woman, were conscious when taken to Khoo Teck Puat Hospital.

In an update, the police said: "Preliminary investigations revealed that the car involved in the accident was driving dangerously alongside another car along the CTE prior to the accident."

The two car drivers were arrested by the Traffic Police on July 30.

"Both their vehicles were impounded and their driving licences were suspended with immediate effect," said the police, adding that investigations are ongoing.

"All motorists are urged to drive safely and to abide strictly with traffic rules and regulations," reminded the police in a statement.

"The Traffic Police will not hesitate to take firm action against motorists who choose to flout traffic laws and endanger the safety of other road users."