Unemployed man molested wife mid-divorce, harassed their teenage kids and was violent in front of them 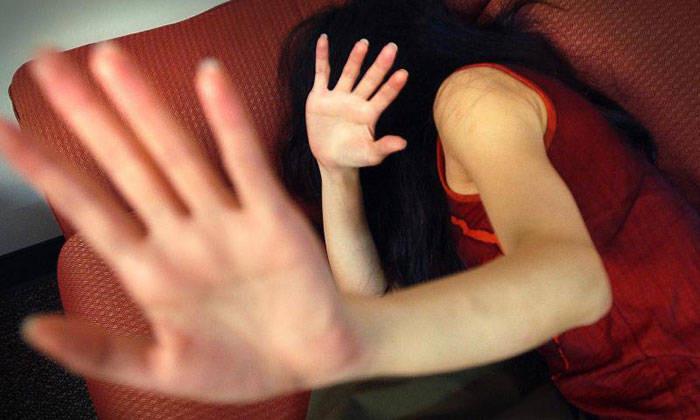 An unemployed man repeatedly ignored court orders and tormented his own family members with acts such as molesting his then wife while they were in the midst of a divorce.

The 48-year-old Singaporean also harassed their three children, a son and two daughters who are between 14 and 19 years old, the court heard.

The man, who cannot be named owing to a gag order to protect his victims' identities, was sentenced on Monday (Nov 25) to nine months and four weeks' jail as well as a fine of $5,000.

He had pleaded guilty to four counts of harassment, two molestation charges and three charges under the Women's Charter.

Twenty-eight other charges were taken into consideration during sentencing. He committed the offences between October 2017 and August last year.

In sentencing him, District Judge Marvin Bay said the "disturbing facts" of the man's case showed a "perverse and sustained victimisation" of his then wife.

"You had also menaced your children by threatening violence against them... You had exhibited a complete and callous disregard for the emotional and mental well-being of your wife and children, and it would be natural to expect that the intensity and duration of your offending would cause considerable trauma to your family."

On Sept 25, 2017, a 46-year-old woman, who was the man's wife at the time, filed for a Personal Protection Order (PPO) against him for herself and their three children.

That same day, she obtained an Expedited Order (EO), which is a temporary PPO that lasts for 28 days.

Deputy Public Prosecutor Kathy Chu said: "She applied for a PPO against the accused, as he had displayed violent tendencies towards her in the past, especially when intoxicated.

"He would also forcefully touch her even when she refused his advances and asked him to stop. Under the EO, the accused was restrained from using family violence against the victim and their three children."

She obtained the PPO against her then husband on Nov 6 that year. But he continued with his criminal acts against his family members.

In one incident, the woman was resting on a bed in her room on May 20 last year when he walked in and molested her in front of two of their children.

The couple's divorce was finalised on Aug 9 last year. They were at home with their two daughters the next day when the man started behaving in a violent manner by yelling and kicking some chairs.

After that, he picked up a plastic container containing peanuts and made a gesture towards the woman. Thinking that he was going to hit her, she cowered and covered her head with both hands.

When their two daughters yelled at him to stop, he grabbed a television remote control and gestured it at one of the girls, accusing her of being "the cause of the problem".

The couple's son, who came home soon after, told his mother to alert the police.

When the man heard this, he tried to jump over a parapet and had to be restrained by his family members.

Offenders convicted of molestation can be fined for up to two years, and fined or caned for each charge.

Related Stories
Vietnamese wife beat up husband with golf clubs, stabbed him after thinking he was having affair
Jobless man abused mum with obscenities after she refused to hug him, punched her fiance
Jail for man who punched pregnant GF's stomach thrice, hit his 3-year-old biological daughter's face
More About:
assault
abuse
couple
divorce
court
molest